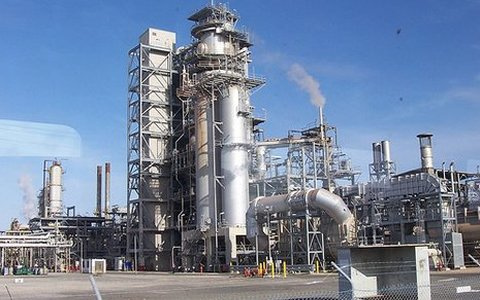 The Institute for Energy Policies and Research (INSTEPR) has said about $500 million was needed to revamp the Tema Oil Refinery.

It further wondered why government, the majority shareholder of the oil refinery, has stayed mute on how to get the refinery working to produce oil to cushion Ghanaians amidst the hike in petroleum products – petrol – diesel – LPG at various pumps.

In a release sighted by GhanaWeb, the policy think tank asserted that the Finance Ministry, per report was cash-strapped hence, its inability to pump money into the almost dead refinery.

“The government as majority shareholder of the refinery has been quiet on any plans to get the refinery working to cushion the suffering of Ghanaians. The cost to revamp TOR and provide capital for its operations is estimated at USD $500 million. We all know Ministry of Finance does not have this money especially under the watchful eyes of the IMF,” part of the release read.

The Tema Oil Refinery has not been operational since June 2018 due to lack of crude oil which serves as a raw material for the refinery.

Aside from the inadequate crude oil in the country’s only oil refinery, TOR is faced with other challenges like broken equipment, piled debt, among others.

It would be recalled that the management of TOR in April this year sought approval from the Energy Ministry to engage the private sector players to revamp the oil refinery.

The green light was given on May 2, 2022. In June this year, the Deputy Energy Minister, Andrew Egyapa Mercer, said he was optimistic the oil refinery will soon
commence operations.

Below is the full statement

The question on the minds of most Ghanaians is, why is Tema Oil Refinery not working? In recent months there has been over 150% increase in prices of Petroleum products. This has brought immense hardship on the average Ghanaian through the increase in the prices of goods and transport.

The last time the Refinery refined crude Oil was in April 2021, just before the appointment of the Interim Management Committee (IMC) on 15th June 2021. The Minister tasked the IMC among other things to receive and assess viable partnerships for TOR.

The three member IMC was at TOR for 9 months and during that period there were no procurement or
refining of crude. INSTEPR in several publications questioned the work of the IMC and felt they did not perform according to their scope of work. A new Managing Director, Mr. Jerry K. Hinson and board of directors were appointed on 2nd March 2022. The refinery, 8 months after the new board, has still not refined a single parcel of crude oil. A situation which is becoming very worrying to industry experts.

The premier Oil Refinery when working reduces the importation of petroleum products including LPG (Cooking Gas) and provides job security to the hundreds of technical staff. TOR until April 2021, had a tolling business model which was started by Mr. Isaac Osei with Woodfields Energy Resources. This business sustained the refinery with cashflow until the contract
was frustrated and not renewed without any substitute arrangement.

Today, the problems at the refinery are as it was 5 years after the explosion that reduced its refining capacity from 45,000 bpd to 23,000 bpd. INSTEPR in the past, had outlined the following to solve the problems at Tema Oil Refinery:

Fix the CDU from the 23,000 bpsd to 45,000 bpsd
Solve the RFCC problem Install hydrotreating catalysts and technologies for all crude oil fractions, enabling the refinery to meet 50 ppm or lower specification.
Construct a gas pipeline (less than 1KM) to power the refinery. This stops the refinery from using expensive Crude oil for power.

Put measures and security in place to stop the theft of products. The government as majority shareholder of the refinery has been quiet on any plans to get the refinery working to cushion the suffering of Ghanaians.
The cost to revamp TOR and provide capital for its operations is estimated at USD $500 million. We all know Ministry of Finance does not have this money especially under the watchful eyes of the IMF.

The Institute in consultation with other civil society organization and industry experts will organize a forum to engage government to find a lasting solution to the TOR problem. We cannot allow a national asset like TOR to collapse and turned into a tank farm, as proposed by others in the past.