Biggest Oil Producers in Africa in 2022 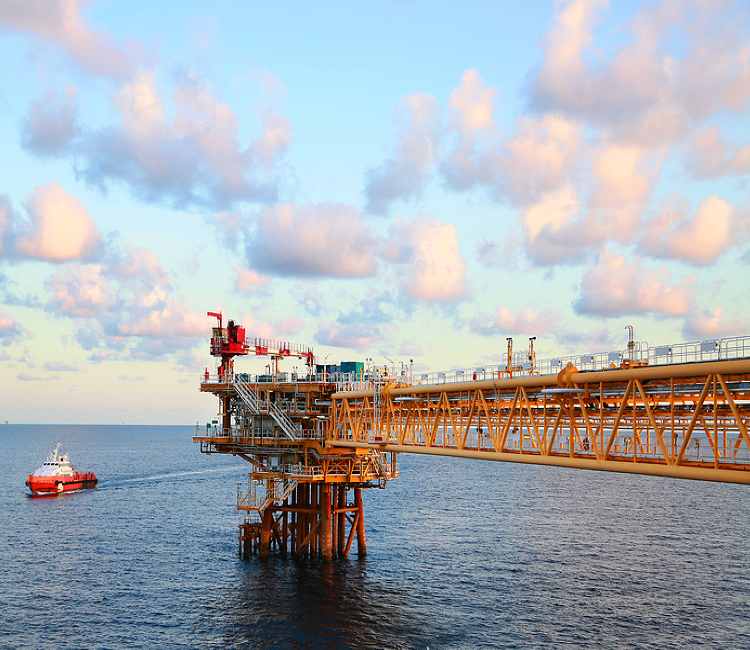 While the COVID-19 pandemic triggered significant market volatility across the global oil sector, 2022 has seen even further fluctuations with the onset of the Russia-Ukraine conflict.

With the European Union and G7 considering the phasing-out of oil imports from Russia, African oil producers are facing mounting pressure to ramp-up production.

Even so, production declines in African legacy fields, coupled with political instability in countries such as Libya, have hindered increase ambitions. However, with new exploration drives and discoveries made across the continent, ten oil producing countries are leading the pack in Africa for 2022.

Nigeria has retained its position as Africa’s biggest oil producer for 2022, with production estimated at 1.39 million barrels per day (bpd). At current estimates, the Organization of Petroleum Exporting Countries (OPEC) members expect peak production in 2023, with 65% of the country’s 2022 production levels sourced from offshore projects. From late 2023 onwards, production declines can be expected until deepwater developments such as the Bongo Field — anticipated to unlock $10 billion in new investment while adding 150,000 bpd to domestic output — come online.

With over 9 billion barrels of proven oil reserves, Angola is committed to unleashing the full potential of its hydrocarbon sector. For 2022, production stands at 1.15 million bpd, however, this figure is anticipated to increase as the country’s six-year licensing round and policy reforms take off. New exploration campaigns coupled with existing asset maximization also promise a new era of growth for 2022.

Representing the third-largest oil producer in 2022, Algeria is committed to increasing production beyond pre-pandemic levels of 1.3 million bpd. For 2022, production sits at 970,000 bpd — an improvement from 2021 levels of 874,000 bpd. With upwards of 12 billion barrels of proven oil reserves — the second largest on the continent —the north African country is committed to maximizing reserves through the scaling up of exploration and investment.

Despite having the largest oil reserves on the continent at 46.4 billion barrels, political instability and lack of oilfield maintenance has seen production decline rapidly in Libya. In 2021, the country produced approximately 1.17 million barrels per day, however, output has fallen with the deteriorating political situation. Production is particularly sensitive for 2022, due to regular infrastructure and export blockades. There is a positive expectation for production levels to accelerate, once political stability is restored.

Egypt takes the fifth largest oil producer in Africa spot with production estimated at 556,440 bpd in 2022. As demand increases from European markets, the country is looking at improving exploration, with specific emphasis having been placed on drilling new wells. Between 2014 and 2020, the country signed 84 petroleum agreements with international operators, and is looking at increasing exploration even further in 2022.

The Congo expects production to increase steadily as new fields are brought online. Following the development of the country’s first deepwater field, Moho-Bilondo, Congo has welcomed increased production and renewed interest in producing fields. In addition, Zenith Energy secured a 25-year license to continue operating the Tilapia oilfield in 2021, and as exploration ramps up country-wide, production outlook is positive.

Following its peak of 370,000 bpd in 1997, Gabon’s oil production has decreased with 2022 levels showing daily output at 195,000 bpd. Largely attributed to ageing oilfields and lack of investment, the country is now committed to expanding exploration and increasing production. Through revisions made to the Hydrocarbon Code in 2019, which have improved flexibility to the regulatory framework, Gabon aims to attract investment and development.

With over 660 million barrels of proven oil reserves, Ghana is the eighth biggest oil producer in Africa. The Jubilee and Tweneboa Enyenra Ntomme (TEN) oilfields represent the largest contributors to production, and with rising investment in offshore basins, coupled with new developments such as the Aker-operated deepwater Tano Cape Three Points coming online, production is expected to increase by up to 420,000 bpd in 2023.

Equatorial Guinea’s production sits at 88,000 bpd for 2022 – a significant downturn from 2021 levels of 153,000 bpd. To address this decrease, the Ministry of Mines and Hydrocarbons is focused on improving exploration and kickstarting production across key basins. In this regard, Trident Energy and partners for Block G have had their production sharing contract extended, maintenance works at the Zafiro, Jade and Serpentina facilities are underway and new exploration campaigns are taking off.

Despite estimated reserves of one billion barrels of oil, production in Chad has been slow, with 2022 levels estimated at 68,000 bpd — a significant decline from 2021 levels of 109,000 bpd. The majority of Chad’s crude is derived from the Doba Basin, with major operators including ExxonMobil and Shell continuing to drive progress.