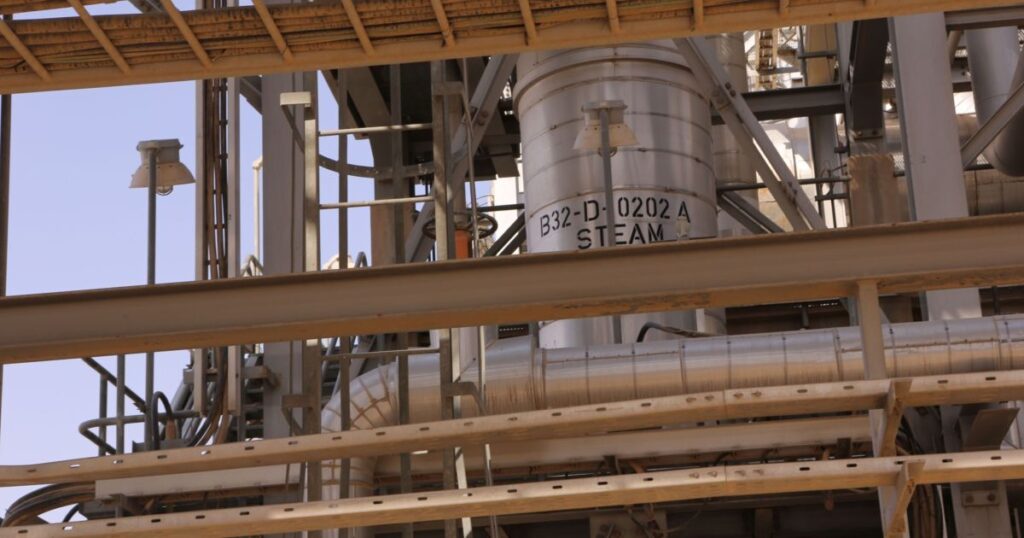 A group led by BlackRock Inc. will invest $ 15.5 billion in Saudi Arabia’s gas pipelines as the kingdom seeks to increase fuel production and open up more to foreign companies.

The consortium will purchase a 49% stake in a new entity that holds 20-year lease rights to pipelines carrying Saudi Aramco gas across the country. Hassana Investment Co., controlled by the Saudi government pension fund, will lead the group alongside BlackRock Real Assets.

The deal, announced by Aramco on Monday, is part of Saudi Arabia’s drive to sell assets and use the money to fund new industries, from artificial intelligence to electric vehicles, while ramping up production of oil and gas. In a similarly structured transaction in April, Aramco sold a $ 12.4 billion stake in its pipelines to investors, including Washington-based EIG.

Bloomberg reported last month that BlackRock was among the companies that bid on the pipelines. Others included EIG, Italian infrastructure company Snam SpA, and Chinese company Silk Road Fund Co.

Other investors could subsequently join the consortium alongside BlackRock and Hassana.

Aramco, the world’s largest energy company, is also considering allowing foreign investment in its gas fields. Saudi Arabia has said it will spend around $ 100 billion to increase production, including in the giant Jafurah field. This comes in addition to Aramco’s plan to spend billions of dollars to increase daily crude production capacity to 13 million barrels by 2027, from 12 million.

The new subsidiary, Aramco Gas Pipelines Co., will receive a tariff for flows through the network. Aramco, which guarantees certain throughput levels, will retain a 51% stake in the unit.

Aramco said the deal would strengthen its balance sheet. Company debt levels soared last year after taking control of chemicals maker Sabic for $ 69 billion and demand for oil slumped with the onset of the coronavirus pandemic .

Its financial situation improved this year thanks to the rebound in oil prices. Free cash flow reached nearly $ 29 billion in the third quarter, covering its quarterly dividend of $ 18.75 billion, the largest in the world. Nonetheless, its debt-to-equity ratio, a measure of net debt to equity, stood at 17.2%, above management’s preferred cap of 15%.