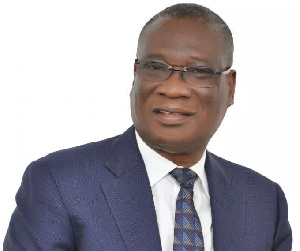 The African Center for Energy Policy (ACEP) has called on the Ghana National Petroleum Corporation (GNPC) to give more insight into how it intends to finance the $199 million acquisition of Jubilee and TEN Oil Fields ceded to it by Kosmos Energy.

ACEP, at a press conference on Thursday, January 13, 2022, disclosed that GNPC has set up an offshore company in Cayman Islands to receive the 7% commercial interest in the blocks.

According to ACEP’s policy, lead for petroleum and conventional energy, Kodzo Yaotse, “GNPC is acquiring 7% of Jubilee and TEN oil fields ceded to it by Kosmos energy from a $750m acquisition of Oxy’s interest in October 2021. The Corporation has not communicated how it intends to finance the $199million acquisition, leading to speculations of illegality in breach of PRMA.”

“The Corporation has set up an offshore company in the Cayman Islands to hold the 7% interest rather than owning it directly or through a subsidiary in Ghana. Thus raises the bar on opacity and worsening accountability associated with the Corporation,” he stated.

The policy think tank is therefore calling on GNPC to fulfill all ‘legal righteousness’ as expected of them.