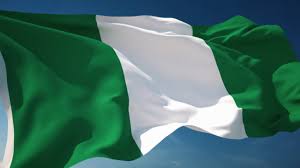 The Nigerian Upstream Petroleum Regulatory Commission has revealed that crude oil production in Nigeria rose to 1.235 million barrels per day in December 2022, representing the highest output since March when the country produced 1.237mbpd.

Figures obtained from the commission in Abuja showed that oil production increased from 1.185mbpd in November to 1.235mbpd in December, indicating that the effort of the Federal Government and security agencies in curbing oil theft was paying off.

Crude oil production in NIgeria had crashed to as low as 0.937mbpd in September last year, which was the lowest output recorded in Nigeria in several years.

The crash in oil production was attributed to the activities of pipeline vandals and oil theft in the Niger Delta, a development that also made some international firms leave Nigeria.

Additional figures from the NUPRC showed that crude oil production, without blended or unblended condensates, in January, February, March, April, May and June, were 1.398mbpd, 1.257mbpd, 1.237mbpd, 1.219mbpd, 1.024mbpd and 1.158mbpd respectively.

On Thursday, President Muhammadu Buhari ordered security agencies to eradicate crude oil theft and pipeline vandalism in the Niger Delta before May 29, 2023, in order to effectively ramp up the country’s oil output.