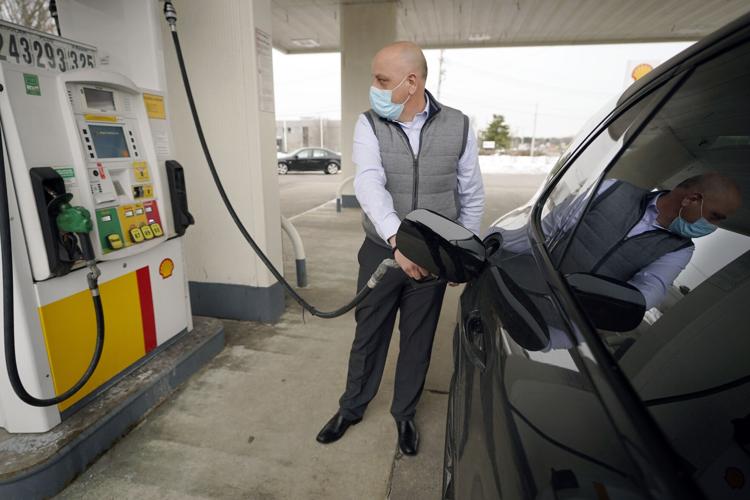 Biden administration policies hostile to domestic oil production coupled with the Russia-Ukraine conflict and OPEC+ policies are contributing to crude oil futures surpassing $90 a barrel in both Brent and West Texas Intermediate benchmarks for the first time since October 2014, industry advocates say.

Both are expected to surpass $100 a barrel this year, with Brent reaching that mark by this summer. Gas prices are also expected to continue rising.

On Thursday, the WTI U.S. benchmark rose above $90 for the first time since 2014; Brent’s international benchmark surpassed $91. As demand for petroleum products surged amid a constrained supply, both benchmarks were headed for their seventh straight weekly gain.

In just one month, “WTI is up nearly 20% for the year, building on 2021′s more than 50% gain. As oil prices push higher, a number of Wall Street analysts have forecasted $100 oil,” CNBC reported.

Both benchmarks rose as geopolitical tensions between Russia and Ukraine escalated and after OPEC+ member countries struggled to meet their production quotas in January.

Last week, OPEC+ member countries agreed to increase production in March by 400,000 barrels per day, which pushed Brent above $90 a barrel. But this may or may not come to fruition since half of its members weren’t able to make their quotas last month, Oilprice.com reported. And they’re unlikely to do so for several reasons, with the exception of Saudi Arabia and the UAE.

The International Energy Agency has warned that OPEC+ spare capacity could be depleted by half by the second half of the year.

“A growing discrepancy between observed and calculated stock changes suggests demand could be higher or supply lower than reported or assumed,” it reports. “Moreover, higher output would also result in lower OPEC+ spare capacity. By the second half of the year, effective spare capacity (excluding Iranian crude shut in by sanctions) could shrink from around 5 mb/d currently to below 3 mb/d – most of it held by Saudi Arabia and the United Arab Emirates. If demand continues to grow strongly or supply disappoints, the low level of stocks and shrinking spare capacity mean that oil markets could be in for another volatile year in 2022.”

Meanwhile, tensions between Russia and Ukraine continue to contribute to rising crude prices, causing the prices of gasoline at the pump to go up. Russia, an OPEC+ member country, may withhold crude oil from the global market if any sanctions are imposed against it, depending on any actions it takes against the Ukraine, a AAA report projects.

But a larger factor contributing to prices going up, at least domestically, the Western Energy Alliance, and others argue, is a result of Biden administration policies restricting domestic production of crude over the past year. If the Keystone Pipeline hadn’t been halted, if granting new permits to allow drilling on federal land hadn’t been halted, if domestic production hadn’t been reduced due to a range of regulatory policies, more supply would be available and prices at the pump would be less, those in the industry argue.

“While President Biden is urging Russia and OPEC to increase production, the Interior Department is erecting roadblocks to American production,” Western Energy Alliance President Kathleen Sgamma said. “Oil and natural gas from federal lands is among the most sustainably produced in the world, and certainly cleaner than the oil produced in Russia. Besides the stricter environmental controls on public lands, producers agree to extra measures to protect wildlife, reduce emissions, reduce water use, and ensure stewardship of the land.

“Further, the Interior Department continues to ignore diverse voices who have urged the administration to move forward with developing oil and natural gas in America,” she added. “Democratic governors, minority community leaders, tribes, small businesses, and many others have voiced support for continued federal oil and natural gas development, but the administration prioritizes activists and environmentalists over bipartisan policymakers and a broad array of stakeholders.”

The national average for a gallon of regular gasoline also increased by five cents last week to $3.41, and prices are only expected to go up.

Texas continues to have the lowest average gas price of $3.01, although in some areas in the Houston-Gulf region, regular gasoline is under $3 a gallon.