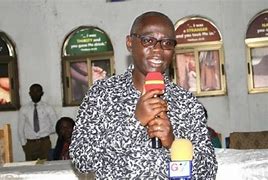 The Public Interest and Accountability Committee (PIAC) has expressed worry over the manner in which oil revenue is used to pay judgement debt awarded against the state.

Describing the development as unacceptable, the committee said a report from the Ministry of Finance in 2021 indicated that oil revenue was used to pay judgement debts amounting to GH¢12 million in various sectors, including roads and railways.

The concern was raised by the Chairman of the Public Accounts Sub-Committee of PIAC, Eric Defor, in an interview with the Daily Graphic on the sidelines of the committee’s engagement with editors of media establishments from across the country in Koforidua, the Eastern Regional capital, last Sunday.

The three-day engagement is to build the capacity of editors on the activities of PIAC with regard to the Petroleum Revenue Management Act and regulations to enable them to assist the committee to help address certain infractions.

According to him, it was the first time PIAC had found out that oil revenue had been used to service judgement debt.

Mr Defor said PIAC was still investigating to know why such judgement debts were incurred.

He said the committee assumed that the debts were due to the non-payment of work done in the infrastructural sector.

Throwing more light on the situation, he explained that such developments should not have happened because budgets were provided for such contracts.

Mr Defor said it was for the implementing agencies of such projects to pay on time to avert situations where contractors would have to resort to legal action for judgement debts to be paid to them.

PIAC, according to him, considered such a situation a misplaced one.

He, therefore, called for further investigations to be done on the payment of such judgement debts using oil revenues and the practice stopped.

Mr Defor said PIAC, through investigations, found out that some projects said to be sited in certain locations across the country were not actually there.

He said even the local or sub-national authorities were not aware of such projects.

He indicated that sometimes similar projects were located within the communities but at different sites from what had been reported to PIAC.

That, he said, was an infraction because there were procedures to be followed for varying project locations.

“If you have to relocate a project at location ‘A’ to location ‘B’, there are procedures you will have to follow,” he said.

Mr Defor also expressed dissatisfaction with the non-involvement of communities and beneficiary institutions in project selection or implementation.

That, he explained, made tracking the projects and demanding accountability very difficult.

He further indicated that the Annual Budget Funding Amount (ABFA) should not be used to fill expenditure gaps in times of revenue shortfalls in the budget.