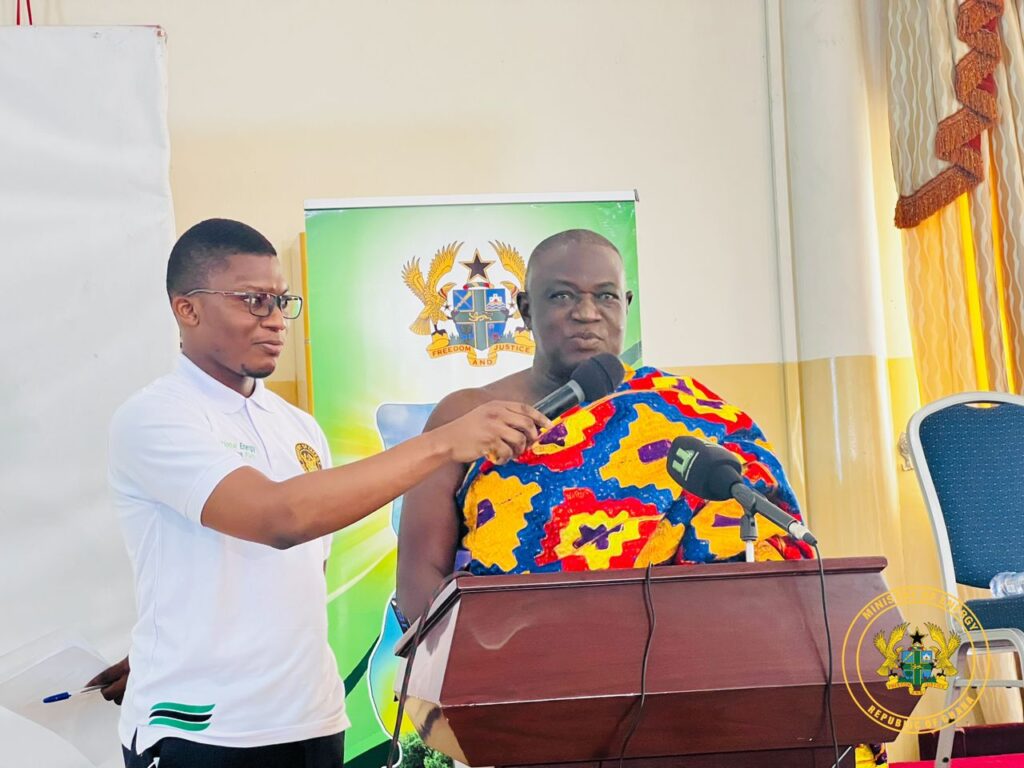 The Acting President of the Akwamu Traditional Council and representative of the Eastern Regional House of Chiefs, Nana Yaw Boadu IV has lauded the National Energy Transition agenda.

He has further appealed to stakeholders to come out with proper solutions to the energy problems confronting the nation.

He made these remarks during the National Energy Transition Tour held at the Capital View Hotel in Koforidua in the Eastern Region with the Eastern Regional Minister, Seth Acheampong, Deputy Energy Minister, Andrew Mercer, Deputy Transport Minister, Alhassan Tampuli and other government representatives in attendance.

In his remarks, the Regional Minister emphasized the relevance of this agenda as consistent with achieving Sustainable Development Goal (SDG) 7, which prioritizes affordable and clean energy.

“I strongly believe that developing a national plan for energy transition would set the right stage for Ghana’s position to be outdoors on the matter”, he said.

The Deputy Transport Minister also shared government’s plans and preparation towards embracing the usage of electronic vehicles in Ghana.

“We are currently developing an electronic mobility policy to guide the development and scale-up of electric vehicles in the country”, Mr. Tampuli said.

“We are also working assiduously to introduce the first batch of electric-powered busses for public transportation”, he added.

The National Energy Transition Committee is currently pursuing regional engagements in all 16 regional capitals to solicit opinions of Ghanaians in order to develop a robust policy as an important bedrock for national development.