Editorial: Unitisation of Sankofa and Afina fields; any end in sight? 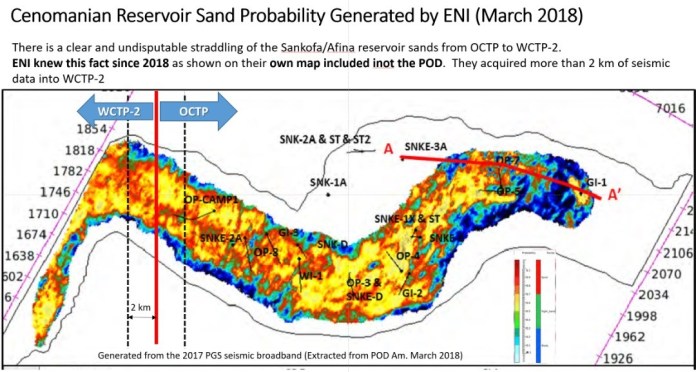 It has been almost two years since former Minister of Energy, Peter Amewu, directed Eni Petroleum Ghana Limited and Springfield Exploration and Production Limited (SEP) to exchange data on their respective fields and work toward unitisation of the Sankofa and Afina fields operated by the two oil companies.

To date, no progress has been made to advance the directive’s purpose: to ensure that in seeking their interests those of the nation are not disregarded.

Instead, the two parties have since been in a fierce legal battle – with Eni questioning the propriety and legitimacy of the directive, citing the need for further conditions to be established for unitisation. Springfield, on the other hand, has pointed to having fulfilled conditions necessary for the process of unitisation to be activated – and pushed for the courts to interpret the laws as they stand.

For us at B&FT, this is one area government and our legislature should apply their minds to.

Oil and gas production in this country should not be treated the same way as we have all the other natural resources. We have an opportunity to set the right precedents and ensure that the enacted laws are fully applied.

The legal battle between ENI and Springfield may be corporate, but the consequences are far-reaching and critical to the country’s economic health. An active unitised field not only guarantees a steady stream of revenue to the nation, but also ensures sturdy development of the oil and gas supply chain sector.

In June 2021, a Commercial High Court sitting in Accra directed ENI and Vitol to pay 30 percent of the revenues from operations on the Sankofa Field into an interest-bearing escrow account until final determination of the substantive case.

Again, on January 24th 2022, Justice Mariama Sammo reiterated her earlier directive in clear terms for Eni and Vitol to carry out the court’s orders of June 25th 2021 – following an application brought by SEP for the court’s clear interpretation of its ruling after ENI and Vitol failed to comply.

However, checks from the Courts indicate that the two companies have not carried out the directive and/or refused to carry out the orders.

Is it the case that some institutions, particularly when they are foreign, can operate above the law and reprobate and approbate the law as they desire?

The Courts of Ghana should not only be seen to be delivering justice but must also be respected like their counterparts in other jurisdictions. After all, businesses can only thrive in environments where laws work.

Springfield and Eni’s legal tussle should not be ignored by the state, nor should the laws of our land be disrespected by any entity–whether Ghanaian or foreign. We appeal to the parties to settle this matter quickly.