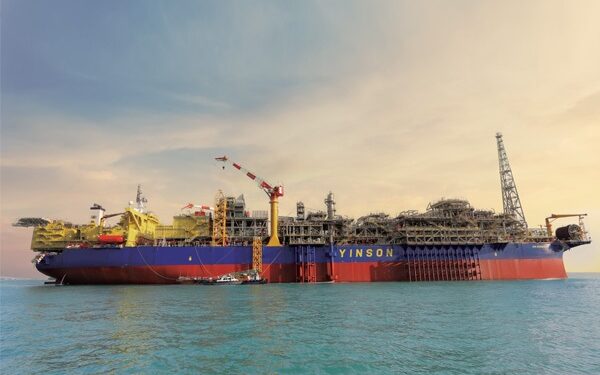 Italian energy giant Eni, operator of the Offshore Cape Three Points (OCTP) oil and gas project, says it has invested US$6bn so far in the project, with a total estimated full life expenditure of US$10bn, making it the largest single investment in Ghana.

The OCTP project has reserves of 500m barrels of oil and 40bn cubic metres (270m barrels of oil equivalent) of non-associated gas. The project produced its first oil in 2017, with overall cumulated oil production reaching 50m barrels as at April 2021.

In April 2020, the government of Ghana directed Eni to execute a Unitisation and Unit Operating Agreement (UUOA) with respect to the Afina discovery in the West Cape Three Points (WCTP2) contract area and the Italian oil major’s Sankofa field in the OCTP contract area.

The directive followed previous engagements and analysis of the post-drill data by the Petroleum Commission (PC) and the Ghana National Petroleum Corporation (GNPC), which confirmed that the Afina discovery in the WCTP-2 and the Sankofa field in the OCTP contract areas were one and the same—that is to say, the Sankofa Cenomanian Reservoir extended into the WCTP-2 contract area.

According to Giuseppe Valenti, Eni Ghana Managing Director, Eni and its partner Vitol are working with the Ministry of Energy, Petroleum Commission, GNPC, and other partners to find a mutually acceptable solution to enable the country capitalise on the Afina discovery.

“In this discussion we leverage our expertise in unitisation, based on having negotiated and executed more than 130 unitisation and pre-unitisation agreements around the world (Australia, Algeria, Angola, USA, Croatia, Italy, Mozambique, Nigeria, Norway),” he said.

He said many unreliable and ungrounded data are circulating, which risk confusing the public, adding that Eni is trying to find out if there is a viable solution that could be beneficial to all parties.

He explained that Eni has recently been able to work on the data thanks to the intervention of the Ministry of Energy and delivered its analysis in the direction of finding a viable solution regarding the potential optimisation of the recovery of oil reserves.

“In principle, we are not opposed to unitisation, but this needs to follow an appropriate, shared work programme and evaluation process to assess the elements listed above before taking decisions in the interest of all parties. This entails an appraisal programme of the Afina area, including (but not limited to) production and interference tests in order to understand the potential benefit that a unitisation of the Sankofa field and the Afina discovery could deliver. In any case, parties to a unitisation agreement have to contribute to the costs and liabilities deriving from the development and production of hydrocarbons, related facilities, and other expenses.”

He said in order to have a right to the hydrocarbons produced and to proceeds from the production, each party must first pay its share of the costs of producing hydrocarbons from the unitised field.