EU Turns to Egypt in the Rush to Replace Russian Gas 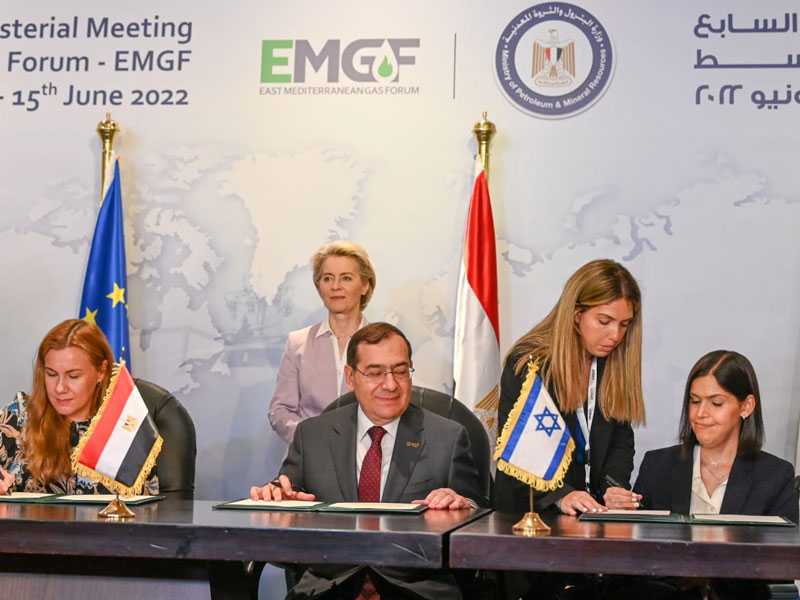 The European Commission has proposed a deal to accelerate natural gas imports from Egypt in a bid to reduce its reliance on Russian gas. With Egypt ramping up efforts to become a major liquefied natural gas (LNG) player through increased exploration, production and infrastructure build up and modernization, the north African country is well positioned to expand energy exports to Europe while addressing African energy demand.

Owing to its strategic location in close proximity to European markets as well as its success as a gas exporter, Egypt has emerged as an ideal supplier for Europe in the wake of the Russian-Ukraine conflict. In 2021, Egypt exported approximately 8.9 billion cubic meters (bcm) of LNG, with 63% destined for Asian markets and 31% for Europe. In 2022, this figure is expected to increase significantly following upstream developments including the Zohr, Atoll, Nooros and West Nile Delta discoveries as well as new commitments by Europe to invest in Egyptian gas projects.

With the Egyptian government set to introduce new licensing rounds in offshore frontier regions, new players are anticipated to enter the market while existing firms boost their own exploration initiatives. Already, Italian energy major Eni has acquired two exploration blocks in the Meleiha concession following April 2022’s oil and gas discoveries in the Nada E Deep 1X well. Meanwhile, firms including bp, APEX international, Energeen Egypt, INA-lndustrija Nafte d.d, Sipetrol, and United Energy are expected to pump new investments, drilling up to 33 new wells as part of the licenses awarded by the government in the 2021 International Bidding Round in first quarter of 2022. These licensing round coupled with the government’s new exploration drive have positioned the country as a highly competitive market as well as top global exporter.

As Egypt looks to increase exports, European nations are turning their attention to the north African country, recognizing the opportunity to replace Russian gas with Egypt’s. This month, the European Commission proposed a deal between EU states and Egypt and Israel whereby the East Mediterranean states will increase gas exports to the bloc. Expected to be signed at the end of June 2022 following government approvals, the deal will usher in a new era of trilateral trade while strengthening European energy security.

Meanwhile, European-based energy major Eni is focused on scaling-up exploration and production in Egypt in order to strengthen supply channels between the north African country and Europe. In April 2022, Eni signed a deal with Egyptian state energy firm, the Egyptian Natural Gas Holding Company, to increase exploration in the Nile Delta, Eastern Mediterranean and Western Desert regions, boost production and streamline export processes by restarting the development of the multi-billion Damietta liquefaction plant and gas export terminal in Damiette. The deal will not only improve E&P in Egypt but will position the country as a global energy exporter and Europe’s preferred supplier.

Furthermore, with the deal paving the way for Egypt to export up to three bcm of LNG to Europe via Italy as from 2022, gas monetization in the north African country will reach greater heights. Already, Egypt has witnessed a 98% increase in export revenues to $3.892 billion in the first four months of 2022 and a 768% increase between 2020 and 2021, according to the Ministry of Petroleum and Mineral Resources.

“Egypt’s gas may just the be solution Europe is looking for. An already strong gas market, a new exploration drive and close ties to European countries including Italy make the country an ideal partner as the bloc seeks alternative gas supplies in 2022 and beyond. The Chamber welcomes potential partnerships such as those between the EU and Egypt, and hopes to see other agreements established with other African gas producers. At African Energy Week in Cape Town, this very topic will form the base of many discussions, with new deals expected to be signed that will increase African gas trade,” states NJ Ayuk, the Executive Chairman of the AEC.

The AEC’s annual event, African Energy Week (AEW), which takes place from 18 – 21 October 2022 in Cape Town under the theme, “Exploring and Investing in Africa’s Energy Future while Driving an Enabling Environment,” provides a perfect platform for more European-African energy deals to be discussed, negotiated and signed. AEW 2022 will host panel discussions, high-level meetings and various summits to discuss challenges and solutions for the African energy sector and investment opportunities across the continent’s entire oil and gas value chain.