Experts reaffirm nuclear as baseload of the future 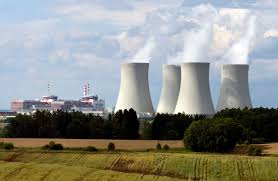 Energy experts are pushing for consideration of nuclear in the energy mix of countries across the African continent, as energy transition takes centre-stage in the efforts to address fast-occurring global climatic changes. Ghana, for instance, has committed to achieving net zero carbon emissions by 2070 while pursuing other steps to accelerate the production and utilisation of oil and gas reserves for its energy mix.

At the maiden edition of the ‘Africa Energy Conference’ in Accra, discussants in their submissions on ‘Sustainability and the Role of Nuclear Power in Enabling Africa’s Energy Ambitions’ argued that while nuclear offers dense and stable energy, it is also one of the cheapest and safest energy sources. But fears surrounding the exploitation and use of nuclear energy by the public, according to Manager-Executive Director’s Office of Nuclear Power Ghana, Daniel Wordson, is based on uninformed positions and past events.

He observed the first public awareness of nuclear reaction followed the Hiroshima and Nagasaki incidents, but maintained that it is completely different from nuclear technology used for power generation. The system for power generations is built with high levels of safety, he added.

Also, he opined that it takes a lot of planning to use nuclear given that it requires a specific infrastructure, but said compared to other sources of energy it offers cheaper power for use.

Director of Volta River Authority (VRA) Training Academy, Mrs. Sophia Abena Tijani, submitted that some current studies suggest that the country’s gas reserves, around 2028 or thereabouts, will start to dwindle. Against this background, she therefore said there is a need to identify other energy sources. “We have to consider nuclear as part of the generation mix in addition to other sources that are available to us,” she said.

Commenting on the safety of nuclear use, legal practitioner and energy consultant Franklin Nana Addai disclosed that, since 1951, there have been over 667 nuclear plants in operations worldwide with only three incidents causing fatalities. But he also maintained that it is not a bad venture, in that when done right it offers several advantages.

He said it is green energy and does not produce any CO2, and among others urged for an African collaboration to further develop the technology for use on the continent.

The Africa Energy Conference was organised by the Business and Financial Times (B&FT), and sought to highlight the infrastructure gap, financing options and energy transition opportunities in the Africa energy sector.

The maiden edition was held under the theme ‘Africa’s Energy Future – achieving all-round competitiveness and sustainability to support the continent’s development ambitions’.

It brought together experts and industry players from across Africa to proffer solutions on how governments and the private sector can access financing to bridge the sector’s infrastructure gap and achieve lower emissions and energy transition targets, in line with the United Nations Sustainable Development Goals.