Fossil fuel vehicles to phase out 2040 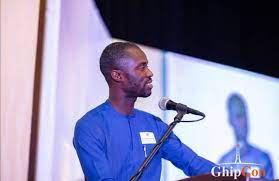 Fossil-fuelled vehicles are to be replaced by electric vehicles as part of global efforts to prioritise renewable energy and help protect the planet.

It is in connection with the Paris Agreement on Climate Change, which compels every country, including Ghana, to transition from fossil-based fuel to zero carbon as part of efforts to reach net zero emissions in the second half of this century.

A member of the GETC, Dr Riverson Oppong, who made this known at a session of this year’s Ghana International Petroleum Conference (GhIPCon) in Accra, said recommendations made in the national plan would be subjected to approval by cabinet.

“We are recommending, among other things, phasing out of fossil fuel-powered vehicles by 2040. And this is just a draft which needs to be approved by cabinet when the committee finishes its work,” he said.

Dr Oppong said the GETC was established to develop a national plan to identify viable pathways for the country to transition towards carbon neutrality within a secure and efficient energy sector.

He said the plan would help harness the opportunity for a fair and equitable energy transition as the country relied on carbon-intensive industries for economic growth.

He said it would evaluate the impacts of the energy transition on the economy, including infrastructure, government revenue, jobs and social development.

“It will develop medium to long-term targets and policies for achieving a carbon-neutral economy. Estimate the cost of implementing the plan and identify financing options for the realisation of the stated objectives,” he said.

Dr Oppong, who is also the Commercial Manager of Ghana Gas Company Limited, noted that the committee was still collecting inputs from relevant stakeholders to finalise the national policy within schedule.

“We are hoping to wrap up our work in the next month because we are almost through with the stakeholder engagement where we seek the inputs of stakeholders.

“The committee is made up of state-owned enterprises (SOEs) in the energy and transport sector, including Energy Commission (EC), National Petroleum Authority (NPA), Ghana Gas Company Limited, among others. And so, we are engaging all relevant stakeholders,” he added.

Dr Oppong said the committee was looking at key scenarios in the process of developing the national energy plan consisting of the business as usual (BaU) and various transitions.

He said the BaU was expected to explore the effect of current policies and programmes on energy demand and supply and its resultant emission.

“The transition includes the use of nuclear for power generation; use of carbon capture, utilisation and storage technology; use of compressed natural gas, electric, hydrogen fuel cells and vehicles; sustainable aviation fuel; efficient energy transformation process and effective end-use appliances,” he said.

The fifth edition of the conference, on the theme “Energy Transition in the African Petroleum Downstream Context: Prospects, Challenges and the Way Forward”, seeks to focus on the readiness of Africa’s petroleum downstream on changes coming in the next few decades.

The annual conference is designed to actively bring to the fore the petroleum industry’s perspective and guidance on issues of governmental and regulatory policy, as well as best practices for the advancement of the industry not only in Ghana but across the West African sub-region and beyond.

It is organised by NPA, in partnership with the Chamber of Bulk Oil Distributors (CBOD), the Ministry of Energy (MoE) and the Africa Refiners and Distributors Association (ARDA).