Germany in Talks With Shell for LNG to Replace Russian Supplies 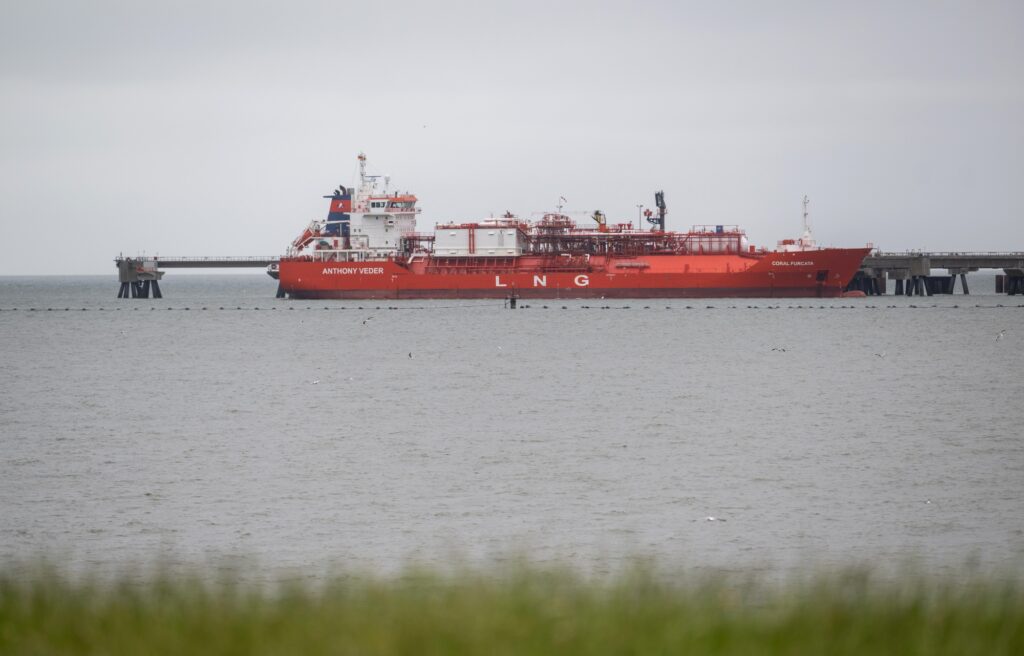 Germany is in negotiations with some of the world’s top liquefied natural gas suppliers, including energy giant Shell Plc, to replace Russian fuel with alternative supplies.

The government, which aims to begin importing LNG this winter, is currently in talks with several companies for long-term supply contracts, said people with knowledge of the matter. It is also considering signing more deals with US exporter Venture Global LNG, said the people, who requested anonymity as the discussions are private.

After accelerating plans for new LNG import terminals, “now we need the molecules,” Kukies said in a speech on Wednesday at the forum.

Germany is set to become an LNG importing powerhouse within a year as it moves to slash its dependence on Russian fuel. The European Union is under pressure to find alternative supply amid fears that Moscow will cut deliveries of the fuel in retaliation to western sanctions.

More than half of Germany’s gas supply came from Russia last year, and deliveries into the four planned terminals would cover about a third of its annual consumption. The biggest hurdle is finding enough available supply to deliver to the new terminals as the world grapples with a fuel shortage.

Germany is also in negotiations with Qatar, one of the world’s top LNG exporters. However, discussions have stalled as Germany has pushed back against Qatar’s demand for longer-term contracts that could complicate its green goals.

Already, Germany has signed a few LNG deals with other suppliers. Venture Global LNG signed a contract to supply utility EnBW Energie Baden-Wuerttemberg AG last month. And Sempra Infrastructure agreed to a preliminary deal in May to provide LNG to RWE AG.