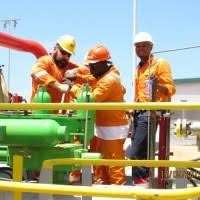 The Chief Executive Officer (CEO) of the company, Dr Ben Asante, who disclosed this to the media at a press soiree in Accra, said the company expected more gas in the coming years.

“We expect that the gas volumes will increase in the Jubilee Field from the current maximum of 300mscm to 450mscm,” he indicated.

Ghana Gas, which was established in July 2011 and began operating the Atuabo Gas Processing Plant in November 2014, currently supplies 50 per cent of the liquefied petroleum gas (LPG) in the country.

This has led to a drastic cut in the importation of LPG and contributed markedly to the perennial shortage that greeted the gas sub-sector.

In all, the company’s operations from 2015 to 2021 contributed to reduce LPG imports by about $223 million, thereby helping Ghana to save some foreign exchange.

The company also feeds all the thermal plants in the Western power enclave with natural gas, again providing a stable source of fuel supply for electricity generation.

Dr Asante said as the company expected more gas, it had identified areas where the expected volumes of gas could be put to use to help drive Ghana’s industrialisation agenda, saying that some of the gas would be used for non-power application purposes.

Some of the expected gas would be used to feed thermal plants, with others used for the production of fertiliser and for vehicular transport in the form of compressed natural gas, as well as for mineral processing, he explained.

“Ghana Gas will also explore non-power uses for gas, with a focus on fertiliser production,” he disclosed.

He said Ghana Gas employees had extensive knowledge and understanding of the industry, which had contributed to the company’s success so far, and commended the staff and management of the company for the feat chalked up so far.

“We will advance our technical capabilities in the coming years by expanding our processing capacity to handle the incremental upscale flow from the Jubilee and the Tweneboa, Enyera and Ntomme (TEN) fields,” Dr Asante noted.

He said the company was working to extend its pipelines to the border with Cote d’Ivoire in order to supply “our neighbours with gas for power generation”.

Touching on its indigenising strategy and human development policy, Dr Asante said the company had invested in the training of local people to man the facility, thereby creating job opportunities for Ghanaians with the required expertise.

He said the company had assumed full operation of its facilities as a result of a planned indigenising strategy.

He noted that when Ghanaians were given the needed training and opportunities, they could excel in whatever they did, noting that staff of the company had demonstrated over the years that they were capable and willing to help the company develop.

He expressed optimism that the company would continue to play its role of serving as a catalyst for Ghana’s industrialisation drive by providing the required energy mix needed to drive industries.

The media engagement was organised by the company to enable its management to share with Ghanaians its operations, successes, challenges and the way forward.

The event, which was on the theme: “Ghana Gas’ 10-year journey so far and beyond”, also afforded media practitioners the opportunity to find answers to their questions on the oil and gas sector.

The Board Chairman of the company, Mr Kennedy Agyapong, who is also the Member of Parliament for Assin North, commended the staff and management of the company for putting it on a sound financial footing.

He said he accepted President Akufo-Addo’s offer to chair the company’s board because of how it was managed, and called on sister state companies to learn from the experiences of Ghana Gas.

He said managers of Ghana Gas had demonstrated that when Ghanaians were determined to put their energies and ideas to work, Ghana would move forward positively.

“Ghana Gas is one of the viable companies in the country,” Mr Agyapong noted, adding: “You are the shining star of Africa; others will emulate.”

Atuabo and Savings on Forex

The Head of Communications of Ghana Gas, Mr Ernest Owusu Bempah, said the use of processed gas from the Atuabo Gas Processing Plant for power generation in place of light crude oil (LCO) yielded an average saving of about $42.6 million in 2017 alone.

“It is worth mentioning that as of today, gas contributes 96 per cent of thermal power produced in Ghana, displacing LCO,” he noted.

He pointed out that since the outbreak of the COVID-19 pandemic in the country, the company had provided medical supplies, personal protective equipment (PPE), disinfectants and other related cleaning supplies for various health facilities in the country.

“In line with the company’s commitment to the communities within which it operates, we developed a comprehensive Corporate Social Responsibility Policy that captures all the 16 regions of the country as beneficiaries of our project, hence the introduction of the one region, one million (1R1M) programme,” Mr Owusu Bempah said.

Touching on the press soiree, he said it aimed at deepening the company’s relationship with the media.

He said the media had a key role to play in the growth and development of Ghana Gas and urged the media to always engage the management for any information on its operations.