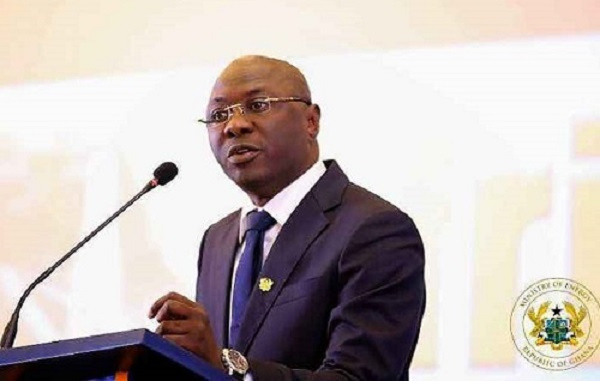 Deputy Energy Minister and MP for Karaga, Dr. Mohammed Amin Adam, has urged international oil companies to come to Ghana with their expertise, know-how and finances to exploit the countries available blocks for mutual benefit.

Dr. Amin stated during a well-attended plenary session last week at the Africa Oil Week conference at Cape Town, South Africa, that as discussions about the energy transition gathers momentum with critical signposts emerging, it is imperative that Ghana takes immediate steps to bring its hydrocarbons to the surface.

It is against this backdrop, he said, that Ghana has made available five offshore oil blocks for strategic promotion to attract the needed investments into its upstream oil and gas sector. Setting out the background to Ghana’s oil and gas industry, the deputy minister noted that commercial quantities of oil and gas were first discovered offshore Ghana in 1970 leading to the development of the Saltpond Field which commenced production in 1978.

The TEN fields and Sankofa Gye Nyame are operated by Tullow Oil and ENI Exploration and Production limited. Another discovery, the Pecan Oil  Discovery, has recently been declared commercial, he added.

He stated further that currently, there are 12 Operators with Petroleum Agreements over 14 Contract Areas. These Operators are at varying stages of their respective agreements (Exploration, Appraisal, Pre development & Production). On the subject of energy transition, Dr. Amin stated that whilst virtually the whole world is in preparation for the energy transition, global developments particularly geopolitics have sparked an awakening for a ‘just transition’.

“This, calls for countries with proven and potential hydrocarbon reserves to take deliberate steps to bring the hydrocarbons to the surface with minimal delays, and we are determined to do this in an environmental friendly manner, leveraging low carbon technologies” he remarked.

On Ghana’s investment climate particularly within the energy sector, Dr. Amin assured potential investors of protection of E&P investments, a transparent, certainty, and fair regulatory regime and an assurance of a reasonable rate of return for E&P investors.

These tenets, he remarked, “are predicated on sound policies, laws, and regulations which govern the upstream petroleum sector and have enabled Ghana to develop a robust regulatory regime thus providing clarity, transparency, and fairness – attributes essential to investors engaged in upstream oil and gas activities.”

He added that other two blocks – the Deepwater Cape Three Point Points Block, originally operated by ExxonMobil, and the Expanded Shallow Water Tano (ESWT) Block currently operated by Base Energy Ghana Limited offer farm-in opportunities. “As an oil and gas producing country over the last decade, we have built reasonable levels of infrastructure that support the provision of services to exploration and production companies. We have also built a dedicated and experienced workforce through existing operations over the years and the government’s Accelerated Oil and Gas Capacity Programme, managed by the Petroleum Commission”, Dr. Amin concluded, adding that there is an active core of local companies including SMEs that have gained on the ground experience in the service and supply chain operations.

These conditions, he observed “no doubt reduce contingent and operational costs for exploration and production investors who come into Ghana.”
The Minister’s speech was followed by a detailed presentation by the CEO of the Petroleum Commission, Mr. Egbert Faibille Jnr and showcased the various opportunities in Ghana. Other members of Ghana’s delegation include senior officials from the Commission, GOIL, Tullow (Ghana) Ltd and the Ministry of Energy.