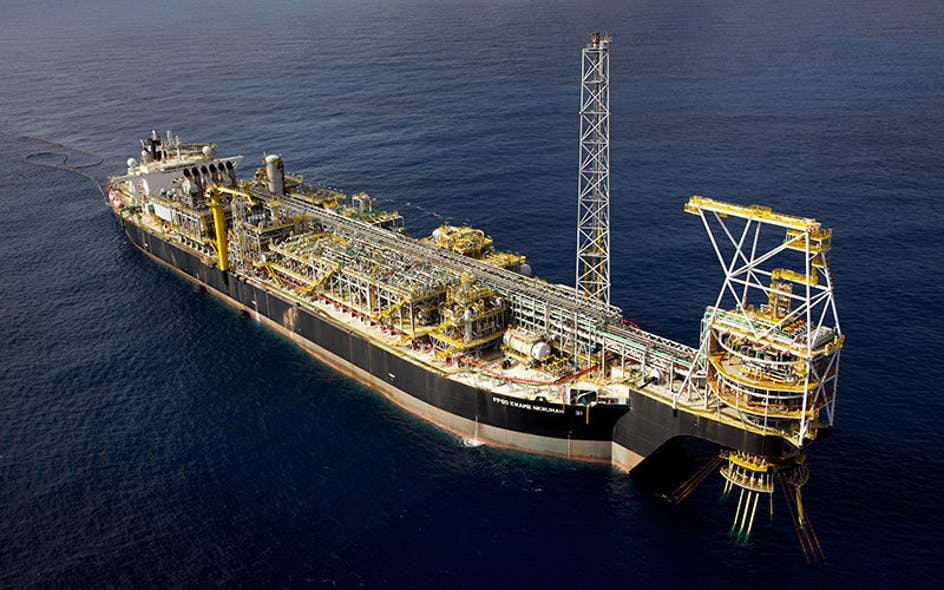 This includes the impact of a two-week maintenance shutdown during 2Q, which should lead to improved gas handling capacity. Planned facility modifications will also support increased gas export capability and to meet the target of eliminating routine flaring in Ghana by 2025.

Other activities during the shutdown concern long-term maintenance, integrity, and reliability measures for the FPSO Kwame Nkrumah.

Three new wells should be drilled in 2022, with a water injector coming onstream in the current quarter, providing pressure support to existing producers. Next up will be a new producer and a second water injector.

According to the company, the focus is on ensuring reliable production through continued infill drilling and investment in projects to access undeveloped resources leading to production growth in subsequent years.

The company sees potential to harness over 170 MMbbl in previously undeveloped areas in the eastern parts of the field.

With the support of its partners, Tullow has decided to take on operations and maintenance of Jubilee’s FPSO from MODEC when the current O&M contract expires later this year.

At the TEN fields, also offshore Ghana, a gas injector came online late last year at Ntomme field, (Nt06-GI), providing pressure support to existing production wells. It also encountered oil at the base of the well, which should de-risk the development potential of areas further to the north of Ntomme.

A program is under way to improve field performance including accelerating production from undeveloped resources in the Greater Ntomme and Tweneboa (GNT) areas.

This year two development wells will be drilled in the Ntomme riser base area and a further well is planned later in the year for the Enyenra area. And the partners are investing in infrastructure to allow these wells to enter production from 2023 onwards.

Tullow and partner PetroCi have decided to proceed to the second exploration phase in block CI-524, adjacent to the TEN fields in Ghana.