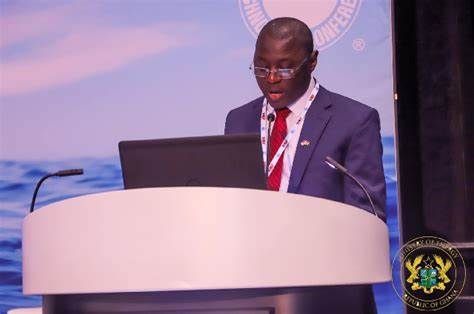 Deputy Minister for Energy, Dr. Mohammed Amin Adam says Ghana will work assiduously by canvassing coherent arguments in the wake of the global energy transition advocacy to avoid its hydrocarbon assets from being stranded.

According to Dr. Adam, the effects of the transition ranging from revenue losses, underinvestment in hydrocarbons, and the huge cost of adjustment will only deepen the already existing schism and further ensure that Africa is left behind the rest of the World. He said even though Africa is the least emitter, it is certainly going to suffer the grave consequences of the transition. This he described as unfair, unequitable and unjust.

Speaking at the “Around the world series” programme on the margins of the 2022 Offshore Technology Conference on the theme “West Africa’s Oil and Gas in search of investment in the wake of Energy transition” in Houston, Texas, USA, the Deputy Minister who is also MP for Karaga said one of the unfortunate realities in several West African countries particularly in the resource-rich areas is the fact that, the standard of living of the people is normally not commensurate with the wealth of resources extracted, leading to social and political agitation in several instances.

In the wake of the above, Dr. Amin Adam argued strongly that efforts to push Africa into the transition corner at the same pace as the west is not just counter-productive but an affront to the concept of global development.

He said Europe is looking for new gas suppliers due to geopolitics and the desire for energy independence from Russia and indicated that Africa holds significant levels of undeveloped oil and gas reserves, which could prove strategic for European countries compared with US gas given proximity to Europe.