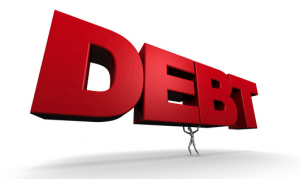 An assessment of the management and use of Ghana’s Petroleum Revenues from 2011 to 2020 shows that the country in 10 years has spent 74 per cent of withdrawals made from the Ghana Stabilisation Fund (GSF) on debt repayment.

The amount totaling $1.39 billion was withdrawn from the Fund, which was created to cushion the impact on or sustain public expenditure capacity during periods of unanticipated petroleum revenue shortfalls.

Fifty percent of the amount was withdrawn from Sinking Fund [a fund created by the Government to manage the orderly redemption of Eurobonds and other debt instruments], and 24 per cent from the Debt Settlement Arrangement (DSA).

Four percent of the petroleum revenue was allocated to shore up the Annual Budget Funding Amount (ABFA) deficits.

On the other hand, the Ghana Heritage Fund (GHF), which together with GSF constituted the Ghana Petroleum Funds (GPF) had accrued $644.79 million since first oil production in late 2010 to the end of 2020.

The GPF was created for investments and savings as well as supporting intra-generational equity, with not less than 30 percent of the benchmark revenue or actual petroleum revenue in any year being paid into it.

Over the same 10-year period, the Fund also had earned the country about $24 million as income (returns) from investments, which came from holdings in US Treasury bills, agency bonds, sovereign bonds and supranational bonds.

This was contained in the findings by the Public Interest and Accountability Committee (PIAC) assessment of petroleum revenues 10 years on.

It added that: “21 percent has been allocated to the Contingency Fund to deal with national emergencies such as the COVID-19 pandemic and other four percent to shore up ABFA shortfalls.”

Speaking at the launch of the report on Tuesday in Accra, Professor Kwame Adom-Frimpong, Chairman of PIAC, explained that the debt repayments were symptomatic of developments within the Ghanaian economy over the past decade.

He said: “Due to low domestic revenue mobilisation, increased interest payments have occasioned excessive borrowing (both domestically and externally) to meet budgetary shortfalls. Ghana’s debt servicing needs have become expensive due to the high coupon rates and volatility of the cedi, the local currency.”

Prof Adom-Frimpong, said: “As a matter of priority, the Minister for Finance should forward to Parliament for approval the long-delayed investment policy and qualifying instruments for the overall management of the Ghana Petroleum Funds, which was drafted by the PIAC and approved by the Minister in 2020.”

In an interview on the country expending 74 per cent of withdrawals from the GSF on debt repayment, Mr Courage Boti, an Economist with Databank, explained that the situation did not mean that the country was “debt distressed.”

He added that: “…But it makes sense that at some point when we have more money in that account than what we reasonably think is required, we may have to withdraw to pay our debt.”

Adding to that, Dr Patrick Asuming, also an Economist, said, although the utilisation of the Fund for debt repayment was not against the law, there was the need for the country to set long-term priority areas for petroleum revenue.

He said: “It is not against the law, but this shows that we haven’t had a sound strategy for managing the revenue. It will be a great shame if our oil resources ran out and we don’t have anything substantial to show for it.”

Dr Asuming added that: “If we had built a strong and resilient energy sector that we know that for the next 20 to 30 years we’re going to have stable and reliably supply of energy, I’m sure we’ll all be proud of it.”