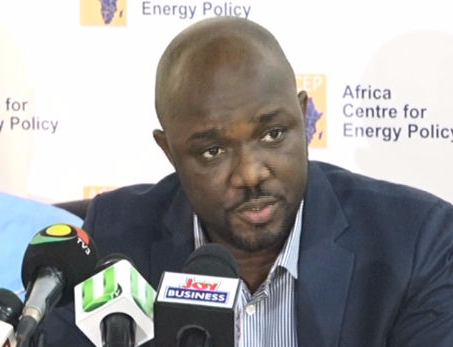 Executive Director for African Center for Energy Policy (ACEP), Benjamin Boakye, has predicted that Ghana’s energy-sector debt could surge to ₵7 billion by the close of the year if urgent measures are not put in place to check debt accumulation in the sector.

Speaking on Tuesday, November 23, 2021, on the Super Morning Show on Joy FM, Mr. Boakye bemoaned the high debt situation, describing it as unsustainable, and further indicated that it has come about as a result of inefficiencies in the sector.

According to him, these inefficiencies, in terms of transmission losses and distribution losses, cumulatively, are averaging around 40%.

“The average should be around 8 to 10 percent of the loss and we are doing close to 40%. What that means is that if you sell a million-dollar power, about 400,000 cannot be accounted for in Ghana’s Power Sector and that’s a major concern,” he said. Making reference to the State Ownership Report for 2019, he stated that the Volta River Authority (VRA) and the Electricity Company of Ghana (ECG) alone cumulatively generated about 3.5 billion cedis and that was from a previous figure of about 1.2 billion (from the previous year).

“We’ve known these problems since 2014 and we raised about 8billion dollars to be able to pay some of the debt in the energy sector. We’ll be paying about 1.6 billion every year to service the debt [but] the worst part is that the debt accumulation has been there since. So we continuously accumulate the debt,” he said.

Proposing some solutions, he was emphatic that “there are other complementary solutions that really need to be addressed in the power sector [which include] reducing the inefficiencies and ensure that not just the tariff but other challenges that continue to undermine the sustainability of the sector are addressed. We have to address that to ensure that we have a sustainable power sector. We can’t only focus on the tariffs and not address these problems.”

The Energy Expert further predicted that if nothing is done about the situation, the country’s debt could further escalate to 12.5 billion by 2023.

“We’ve been talking about fashioning out the solutions to this problem; programme after programme, one speech after the other, but we’re still talking about the same problem. The 12 billion debt that we mentioned was just a projected number in 2019 that if we do not address the power sector problem, we could be hitting 12.5 billion dollars of debt in the sector by 2023,” he said.