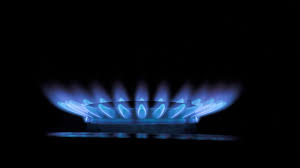 Ghana has no spot on the list of Africa’s top 10 most expensive gas prices for October 2022, the latest GlobalPetrolprices.com survey has indicated.

According to the survey, countries in East Africa reign supreme, receiving high-perfect scores for offering their citizens the most expensive prices for gas, apart from the Central African Republic (CAR).

The landlocked country took the top rank in the month of October, followed by Seychelles, Uganda, and Malawi in that order, with a gas price of $2.222 per litre.

CAR is the only country on the list with a gas price higher than $2.Mauritius, Burundi, and Rwanda follow in the order, while Mozambique sits squarely at the 10th position, selling at $1.361 per litre, despite the country’s huge gas reserve.

The world’s 35th-largest country has seen its gas price soar up to eight times upwards from what it was at the beginning of the year.

Madagascar and Guinea round off the bottom two as countries offering the most expensive price for gas. Guinea is one country that does not often find itself on a list such as this, but with a gasoline price of $1.375 per litre, this country for October, has a spot on the list.

Madagascar, the island nation, does not often appear in the top 10 African countries with the highest price of gas. However, with a gas price tag of $1.400 per litre, it finds itself in the number eight spot for October.

Rwanda, on the other hand, has struggled with its price of gas since the beginning of the year. Before October, the gas price was a little over $1 per litre, but today, its gas price sits at $1.538 per litre.

The island nation of Seychelles is said to have consistently maintained a high price of gas all year round. This month the price of gas has climbed to $1.903 per litre.

Uganda’s gas price has fluctuated all year round and the government has still managed it to hover around the same region of $1.719, while Malawi has recorded some of the highest gas prices in the African region all year round.

Its gas price for this month is $1.706 per litre, but Mauritius typically lands around this spot on this monthly list, with its gas price is $1.692 per litre for October.

Burundi is on the list, and its current gas price currently sits at $1.585 per litre. According to the survey, gas is an essential utility and a literal propeller of any economy, making it paramount to the performance and development of any region in the world.

The year so far has been turbulent for the global energy sector, and the ongoing conflict between Ukraine and Russia has truncated the provision of gas.

Countries that relied on Russia’s natural gas now have to look elsewhere for energy solutions, inadvertently causing a global ripple effect, according to the report.

It said the ripple effect has budged deep into the African economy. Internal nuisances like pipeline vandalization, oil theft, and lackadaisical development of energy infrastructure, coupled with the ongoing international conflict have spawned a hike in gas prices across the entire continent.