Giant Oil Traders Are Pivoting To Lithium And Battery Tech 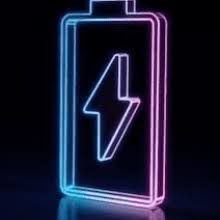 Breaking news: the much-touted commodity market boom is officially over. Metals, energy, and agriculture prices have all tumbled from their March peak as inflationary pressure, higher interest rates and a brawny dollar took a heavy toll on the two-year rally. Since June, key commodity indices have been on a downward trajectory, raising questions about whether the budding commodity supercycle is dead on arrival. There’s a notable exception to that trend, though: lithium.  Lithium prices have continued taking out fresh highs, and hit an all-time high just two weeks ago amid booming demand from the electric car market. According to battery supply chain researcher and pricing agency Benchmark Mineral Intelligence, Chinese battery grade lithium carbonate hit an all-time high of CNY 564,500 per tonne, or $77,320 a tonne, more than doubling so far in 2022. Prices for lithium hydroxide, a vital ingredient in batteries with high nickel content, are up nearly 150% this year, trading at $73,925. Lithium prices have now trended upwards for 24 straight months as the EV market continues to expand at a breakneck speed with global EV sales hitting one million for the first time in September.

It, therefore, comes as a little surprise that oil and commodity traders are beginning to pivot heavily to the lithium business as battery manufacturers scramble to secure supplies.

So far this year, we have witnessed several key commodity traders enter into the lithium business using various avenues. Back in January, metals and minerals trader Traxys Europe S.A. signed an offtake agreement with Austrian lithium producer European Lithium Limited (ASX: EUR, FRA: PF8, OTC: EULIF) to support the development and commercialisation of the Wolfsberg Lithium Project in Austria. Under the MOA, European Lithium will work with Traxys to negotiate suitable commercial terms for a product offtake and/or marketing agreement for EUR’s Lithium Hydroxide (LiOH) including any by-products from the Wolfsberg Project.

In May, giant Swiss trading firm Trafigura bought a stake in lithium processing company Green Lithium. The equity investment will support Green Lithium’s development phase funding round and the development of one of the first centralized commercial lithium refineries in Europe, which will supply European electric vehicle and battery manufacturers with battery-grade lithium chemicals. Trafigura estimates lithium demand will hit 800,000 tons of lithium carbonate equivalent this year, exceeding supply by a good 140,000 tons, and has predicted that demand will rise by a further 200,000 to 250,000 tons annually through 2025.

Market experts see the latest developments as a big positive for the lithium industry. Until fairly recently, lithium was almost impossible to trade due to prices being fixed in long-term private contracts between the handful of dominant suppliers and their customers, with no need for middlemen. But surging demand is now shaking up the way  lithium is bought and sold, and in a good way: according to Blomberg, supply deals have become dramatically shorter, with floating prices linked to the spot market while exchanges from Chicago to Singapore are encouraged enough to experiment with new futures contracts.

“The activity of traders in the lithium market should make this a more transparent and efficient market over time. It’s like oil in the 70s when governments would sell to consumers but then traders started providing services and that helped growing and developing the market faster. Lithium’s starting to go through that process,’’ Martim Facada, a lithium trader at Traxys, has told Bloomberg.

But lithium and green energy investments are by no means the sole preserve of independent trading desks with scores on fossil fuel companies also at it. To wit, Koch Industries, the conglomerate with its fingers in a range of industries, from oil refining to chemical production, lumber and paper mills, glass, and electronics, is reportedly investing hundreds of millions of dollars in battery companies.

According to the Wall Street Journal,  Koch has sunk at least $750 million into battery makers and battery material companies over at least 10 investments.

Meanwhile, in spring 2022, Tesla Inc. (NASDAQ: TSLA) reportedly signed two significant contracts with Australian mining operators as it continues to localize and secure the supply of critical components and materials.

BloombergNEF estimates that the global transition will require ~$173 trillion in energy supply and infrastructure investment over the next three decades. On top of that, renewable energy is expected to provide 85% of our energy needs by 2050.

BNEF projects that by 2030, consumption of lithium and nickel by the battery sector will be at least 5x current levels while demand for cobalt, used in many battery types, will jump by about 70%.

Meanwhile, diverse EV and battery commodities such as copper, manganese, iron, phosphorus and graphite all needed in clean energy technologies, and to expand electricity grids will see sharp spikes in demand. Meanwhile, the U.S. Department of Energy, 13 new battery cell gigafactories are expected to come online in the U.S. by 2025.