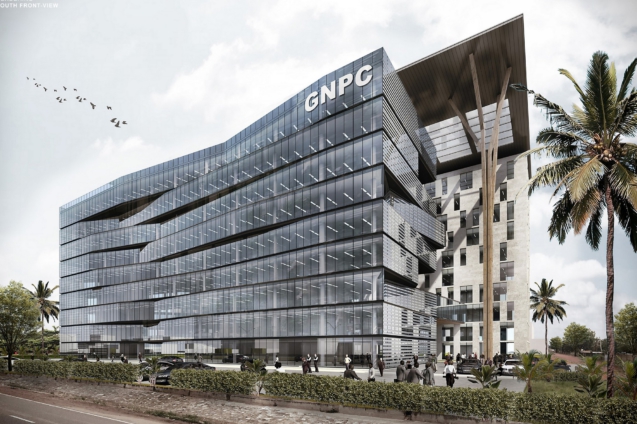 The Ghana National Petroleum Corporation (GNPC), has debunked findings of the 2020 Auditor General’s report, which indicated that the Corporation had entered into five significant international business contracts totaling $34,165,235.15 and £464,963.13 without Parliamentary approval.

The GNPC in a statement copied to the Ghana News Agency, stated that the Auditor General’s findings “is entirely wrong as it has no factual or legal basis.”

“The Auditor General made these flawed findings because his officers failed to apprise themselves accurately with the legal framework governing GNPC’s affairs.”

GNPC said Article 181 (5) of the 1992 Constitution pertaining to Parliamentary approvals for international business transactions strictly relates to “government” business and not generally to statutory corporations set up for commercial purposes.

It noted that the Ghana National Petroleum Corporation Act (PNDCL 64) establishes GNPC as a distinct legal entity and, as such, it is not legally considered to be part of the government.

“In that case, the Supreme Court of Ghana stated as follows: “..in our view, “Government” in the context of Article 181(5) should mean, ordinarily, the central government and not operationally autonomous agencies of government.

“Where an agency has a separate legal personality distinct from central government, it usually comes under sectoral ministerial supervision.”

The statement said the Board of the Corporation and the appropriate Ministry should then exercise oversight over its international business or economic agreements, adding that “that oversight should be exercised within the context of the procurement laws of this country.”

It said the Supreme Court thus interpreted Article 181(5) of the 1992 Constitution as meaning that generally, the contracts of statutory corporations were not within the ambit of the provisions.

It noted that, however, in exceptional circumstances, the contracts of Ghanaian statutory corporations could be brought within the ambit of Article 181(5) through the alter ego doctrine.

It said in 2016, the principles enunciated in the Klomega decision were affirmed by the Supreme Court in the case of Dr Mark Assibey Yeboah versus 1. The Attorney General 2. The Electricity Company of Ghana 3. Ghana National Petroleum Corporation [2016] DLSC3187.

The statement said it was important to point out that the said paragraphs 683-691 do not suggest that GNPC acted as the alter ego of the government.

It said indeed, the description of the contracts captured in the Table in paragraph 686 of the Auditor-General’s report shows that these contracts involve GNPC’s commercial activities and could not have been entered into as alter ego for Central Government.

“The requirement to seek parliamentary approval for the five transactions referred to in the report does not apply to GNPC and we request that the Auditor General corrects his findings and conclusions as soon as possible,” it said.

“We urge the Auditor-General and his staff to cultivate extreme diligence in their duties to avoid embarrassing themselves and the state entities they
audit.”

This comes after the 2020 Auditor General’s report cited the Ghana National Petroleum Corporation (GNPC) for breaching the Public Procurement Law.

According to the report, GNPC signed and awarded five international business contracts between 2015 to 2018 without the necessary Parliamentary approval.

According to the report, contrary to Section 42 (1b) of the Public Procurement Act, 2003 (Act 663) as amended, the GNPC used the Request For Quotation (RFQ) method in procurements of goods with contract values that exceeded the threshold for RFQ.

Thus, it urged Management always to observe the tenets of the Public Procurement Law and further called for the sanctioning of the officials (the Chief executive, Head of Finance and the Head of Procurement) who sanctioned the transactions in accordance with Section 92 of Act 663 as amended.