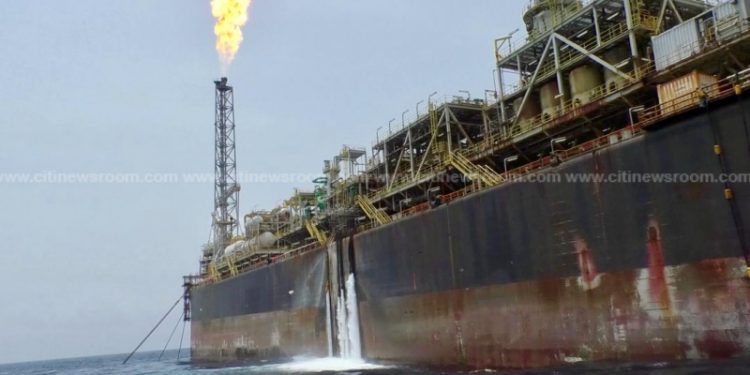 The Public Interest and Accountability Committee (PIAC) is asking the government to adopt measures to thoroughly vet costs provided by international companies before petroleum contracts are signed.

In a 10-year assessment report on the petroleum sector, the Committee says this needs to be tackled with all seriousness to prevent wastage of money in the sector.

Commercial production of oil and gas in Ghana commenced in December 2010 following the discovery of the play-opening Jubilee Field offshore Ghana in 2007.

Since then, oil and gas production and exports have provided a critical boost to Ghana’s economy over the past ten years. It has become a fundamental component of the country’s industrial strategy and transition to a middle-income country, acting as the lever to provide jobs and energy security.

According to the report, Ghana earned about $6.55 billion from oil and gas production as of the end of 2020, equivalent to 9.97% of Gross Domestic Product.

Regarding the breakdown of the petroleum receipts by fiscal instrument, PIAC said carried and participating interest by far generated the highest share for Ghana, accounting for 58 percent or 3.8 billion dollars of the total revenue earned.

On the allocation of petroleum revenue inflows, the report revealed the Annual Budget Funding Amount received the highest amount of $2.6 billion (40%) over the period.

This is followed by the Ghana National Petroleum Cooperation receiving $2.0 billion (30%); the Ghana Stabilisation Fund (GSF) receiving an amount of $1.39 billion (21%) of total revenues; whereas the Ghana Heritage Fund (GHF) received $586 million (9%) of the total allocation.

The report further showed that three oil-producing fields, namely the Jubilee, Tweneboa-Enyenra-Ntomme (TEN) and Sankofa-Gye Nyame (SGN), account for petroleum revenues as of the end of 2020. According to PIAC, an amount of 31.22 billion dollars in value was generated from these fields in the ten-year period.

According to the report, production will continuously decline if nothing is done through new in-fill developments on these existing fields or new fields coming on-stream.

In addition, PIAC is advising the government to adopt a laser-like approach to cost monitoring as this, along with transfer pricing, is one of the major ways the State loses money in the industry.

The committee believes there is a strong need for Ghana to fully vet costs provided by international oil companies as this ultimately goes to the heart of whether the country would get its fair share of revenues.

To effectively operationalise this, PIAC is suggesting that the petroleum and transfer pricing units of the Ghana Revenue Authority be provided with adequate human resources and technical capacity to conduct audits effectively.