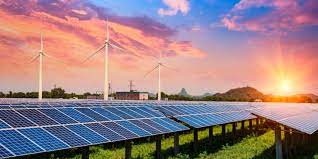 The government of Georgia is launching a new support scheme for the companies implementing energy projects in Georgia and need additional incentives to develop further, the ministry of economy announced on Tuesday.

Deputy economy minister Romeo Mikautadze stated that the scheme would not refer to those companies already building hydropower plants or any other energy facilities.

Under the government’s new renewable energy support scheme, initiated by prime minister Irakli Garibashvili, the mechanism for promoting energy projects is based on competition and market principles. A project contractor can withdraw from the agreement twice – after five or 10 years from its signing.

Today, we are meeting potential investors and project developers to explain to them how it works and what benefits they can expect from the new scheme. For 15 years the state undertakes to purchase electricity guaranteed at the winning price in the auction”, Mikautadze said.

Davitashvili added it was important for the government to implement energy projects at a fast pace. He expressed hope that as a result of “active discussions and reconciliation of positions” with the private sector, the support scheme would be launched this year and the projects would be selected “under competitive conditions”, while the implementation of projects planned to start “at a fairly fast pace” next year.