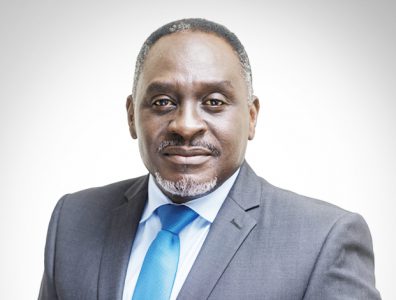 On the 23rd of March 2022, the Public Interest and Accountability Committee held a lecture on the topic “Ten Years of the management and use of the petroleum revenues in Ghana: The way forward ”.

The event, held at the Cedi Conference Centre, attracted many from the petroleum industry and took over the past week’s headlines.

Mr. Ampofo stated that the report was good and provided a timely assessment of Ghana’s management of petroleum revenue.

He commended the PIAC for its time and effort in preparing the report, which was delivered by Dr. Theophilus Acheapong. He noted that in terms of production, the report outlines a decline.

Reacting to the report that oil resources delivered a total of about $31bn of which $6.5bn was allocated to government, Mr. Ampofo explained that, “all of this feeds into our local content machinery and one can only imagine how much industry can deliver once the necessary regulatory attractions are in place.”

Furthermore, he stated that, “Major investments must be paid back, in order to attract further investments. To capture a revenue of say $32Bn from the three producing fields is commendable”.

He quickly added, “however, it’s important that we don’t look at that figure as profit for the International Oil Companies (IOCs), but rather total revenue generated. It includes cost of operations, government earnings and earnings for the IOCs.”

Speaking optimistically, the CEO of GUPC stated that Ghana can double these earnings. He however added, “But without further explorations, growth is not possible. We really must be doing all in our power to increase production – working hand-in-hand with our current partners.”

He also encouraged further cohesion between the government and operators of the three oil fields, Jubilee, TEN and Sankofa.

“How can we get them to do more?”, quizzed Mr. Ampofo, before adding, “we must work with them in communicating Ghana’s investment climate, because they are here.”

Speaking on his expectations from the PIAC report, David Ampofo said he had looked forward to a breakdown that outlines reasons for Ghana’s oil production decline.

“A continued decline means less revenue for the government and investors. The ripple effect is obvious”. He mentioned the urgency with which Ghana must monetize her gas resources, improve energy availability and address energy poverty. “Things like firewood and struggling for energy, we really need to put behind us”, he said.

In conclusion, Mr. Ampofo reiterated that we are in this together. He further stated that there would be great benefit if the collective input of the companies in the chamber could be more seriously considered.