IEA Chief: OPEC+ May Have To Rethink Its Decision To Cut Oil Production 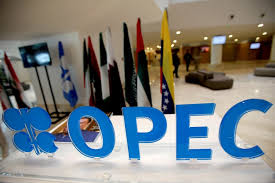 The OPEC+ group may have to “rethink” its decision to slash their collective oil production target by 2 million barrels per day (bpd) from November as it further stokes inflation and worsens the economic outlook for oil-importing developing nations, Fatih Birol, the Executive Director of the International Energy Agency (IEA), told Bloomberg on Wednesday.

“The recent decision of OPEC+ to cut the production by 2 million barrels a day was definitely not helpful,” Birol said, commenting on the global economic prospects.

The OPEC+ decision may need a rethink, he told Bloomberg on the sidelines of the COP27 climate summit in Egypt.

The cut in production increases energy security risks worldwide and could lead to higher oil prices that could be the tipping point for a global recession, the IEA said in its Oil Market Report for October, describing the OPEC+ cut as one of the multiplying “disruptive market forces.”

“Disruptive market forces are multiplying as the world struggles to navigate the worst global energy crisis in history. The OPEC+ bloc’s plan to sharply curtail oil supplies to the market has derailed the growth trajectory of oil supply through the remainder of this year and next, with the resulting higher price levels exacerbating market volatility and heightening energy security concerns,” the agency said.

“With unrelenting inflationary pressures and interest rate hikes taking their toll, higher oil prices may prove the tipping point for a global economy already on the brink of recession,” the IEA added in its report last month.

The agency also expressed doubts that the current high prices would incentivize an investment and supply response from non-OPEC producers, considering that U.S. shale keeps discipline and faces supply-chain issues and cost inflation.

Global energy security requires continued investment in fossil fuels, alongside major investments in renewables, Birol told Bloomberg today. That’s a stark contrast from the IEA’s 2021 warning that if the world is to reach net zero by 2050, it wouldn’t have to invest in new oil and gas supply after 2021.