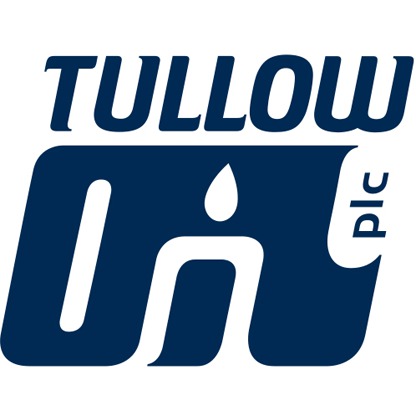 Ignoring stamp duty and broker’s fees, if I’d invested £1,000 in Tullow Oil (LSE:TLW) shares at the start of the year, I’d now have £865. Given that the oil price has consistently exceeded $100 a barrel throughout the period, a fall of 13.5% is disappointing.

So, why is the share price of Tullow Oil lagging behind those of its peers? And, should I be taking advantage of the situation and including the oil producer’s stock in my portfolio?

Net debt increased to $2.36bn at the end of June. However, due to the improved trading performance, gearing fell from 2.6 times EBITDAX (earnings before interest, taxation, depreciation, amortisation, and exploration costs) a year earlier, to 1.9 times.

The directors were also upbeat about the remainder of the year. The forecast for free cash flow was edged upwards to $250m. However, this assumes an average oil price of $95 per barrel in November and December. Brent crude is currently trading at around $80.

In June, it was announced that Tullow was to buy Capricorn Energy. Both of these companies were members of the FTSE 100. Nowadays, they only make the FTSE 250.

The deal was intended to create an African-focussed energy company with a significant asset base.

However, one of Capricorn’s largest shareholders, Palliser Capital, criticised the plan claiming it was one-sided. They argued that the company was worth 67% more than the price agreed.

Not surprisingly, Capricorn pulled out of the sale in September. Instead, it announced a merger with an Israeli company.

Since this announcement, the Capricorn share price has increased by 4%. In contrast, Tullow’s has fallen by nearly 12%, lending support to the argument that the deal was not fair to both parties.

Unless another takeover target can be found, significant expansion will require a large amount of cash. With relatively high debt, it appears to me that the only way sufficient funds can be raised is to ask existing shareholders for more money.

The failed takeover of Capricorn was a setback for Tullow’s growth plans.

Perhaps the company will become a takeover target itself? In my opinion, this seems doubtful. Several years ago, its former CEO claimed the business, with several concessions in Africa, was too complicated to be bought.

Also, the oil price has started to fall back from its recent high. I think it’s unlikely that the 2022 average oil price will be repeated next year. I believe revenue and profit will suffer accordingly.

To compound matters, the company hasn’t paid a dividend since October 2019.

For these reasons, I won’t be buying Tullow Oil shares any time soon.