IMANI and ACEP: Botched Tema Gas deal can cause $1.5bn loss to Ghana 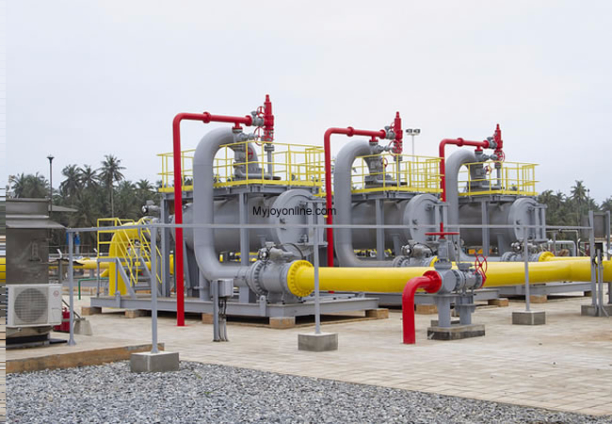 During this year’s United Nations (UNFCCC) 27th Conference of the Parties (COP 27) in Egypt, Ghana’s President Akufo-Addo has been teaming up with colleague African presidents to push rich countries who pollute the most to release the $100 billion in climate finance promised to poor countries to help them green their economies and adapt better to climate change.

The emphasis on an expedited release of billions of dollars to African economies both as reparations for loss and damage and as support to help Africa adapt to the inevitable effects of climate change however raises questions of accountability, transparency and the quality of governance. Africa has seen large flows of money for development purposes in the past that have been lost to corruption, poor policy design and mismanagement. How to prevent the new domain of “climate finance” from succumbing to old stereotypes?

Furthermore, African leaders are also busily using the climate talks to convince rich nations to continue investing in the continent’s fossil fuels, which they see as necessary to expand economies and boost electricity access. However, decades of investment in oil and gas have generally failed to deliver cheap and reliable electricity supply to Africa’s poorest consumers due to poor strategic choices, policy incoherence and outright corruption.

To probe these challenges, confusions and contradictions, a group of African think tanks and Civil Society Organisations (CSOs) convened by the Africa Centre for Energy Policy (ACEP) and the IMANI Center for Policy & Education (IMANI) held deliberations on the virtual sidelines of COP 27 on 9th November 2022. At the event, the partners launched a series of case studies intending to show how corruption, mismanagement and onerous offtake terms, have blunted the strategic flexibility of African governments by saddling them with mounting debts and poor response choices, in a time when rising energy costs are fuelling a cost of living crisis across the continent.

The first case study is presented in this short brief. It looks at Tema LNG Terminal (Tema LNG), a project led by Helios Investment Partners to import LNG into Ghana, supported by multiple development finance institutions.

The project was expected to start operations in 2020 but as at November 2022, it is still not online. Ghana’s national oil company, Ghana National Petroleum Corporation (GNPC), is committed to pursuing the project, despite officials admitting there is no demand for the gas. There are now serious doubts about the feasibility of the project even in 2023, or ever.

Tema LNG poses a major risk to the already strained finances of GNPC. Calculations by ACEP and IMANI suggest GNPC could be paying between $790 million – $1.357 billion a year (based on average 2022 Brent crude prices) for gas the country doesn’t need.

Whilst GNPC has contracted gas from the Tema LNG Terminal Company (TLTC) at more than $13/MMBtu in the current oil price environment, it is bound by regulation to on-sell the gas at $5.99/MMbtu to most power utilities in Ghana. Prices are even lower for opaquely-selected “strategic industries,” which pay just $4.2/MMBTU for the gas. GNPC has even signed a contract to sell gas for as low as $2.79/MMBtu to Genser Energy Limited, an off-grid power supplier to Ghanaian gold mines, with plans for a further reduction to $1.72/MMBTU, on dubious pipeline-barter grounds.

Moreover, origins of the Tema LNG project in perverse bid-rigging and attendant procurement irregularities have heightened the corruption risk associated with the project.

Tema LNG is just one example of how mismanaged investments in gas and power capital projects in Ghana are financially crippling the country and failing to deliver affordable or reliable energy to consumers. Ghana’s power sector arrears, already in the billions of dollars, continue to mount. In November 2020, the ex-head of Ghana’s Energy Commission estimated that the country was paying a combined $1.2bn annually for excess power capacity and gas supply it does not use.

These costly investments in oil and gas have been backed by the international community. Development finance institutions have spent at least US$2.8bn in direct project finance to support the development of upstream and downstream fossil fuel projects in Ghana since 2010. Meanwhile, Ghana’s vast renewable energy potential has generally been overlooked.

Ghana’s modern renewable generation capacity remains negligible, at less than 1% in 2020. This is despite renewable energy sources, such as solar, now being the cheapest form of energy in many parts of Africa, according to the International Energy Agency. Solar and similar renewable energy sources are in fact set to outcompete all other sources continent-wide by 2030.

In light of all the above, the Alliance of policy think tanks advocating for good governance to drive green growth in Africa proposes the following: