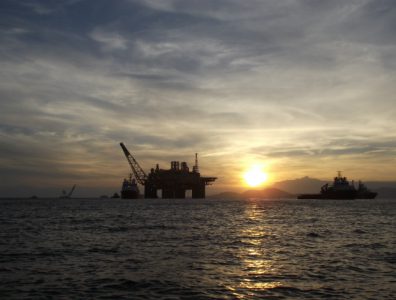 This gas zone was not encountered in previous oil wells where IEC announced only oil discoveries. As previously announced, IEC commenced drilling for oil at Kruh 28 on June 22, 2022. If this zone turns out to be a natural gas discovery, it could add significant value to the expected oil discoveries anticipated at Kruh 28. IEC is continuing to drill the well towards the expected oil zone at 2,836 to 2,964 feet (subsea TVD depth) and expects to report final results when the well is anticipated to be completed in the coming weeks.

Mr. Frank Ingriselli, IEC’s President, commented “We are certainly very excited about encountering this gas zone in the Kruh 28 well which, if fully confirmed, could provide significant upside to our plans to develop the Kruh Block, where our new wells at the current price of oil are expected to have net revenues in their first 12 months that is more than 150% of the cost to drill such well. This potential gas discovery reinforces our belief that the Kruh Block is a world class asset.”

“Moreover, achieving cash flow positive operations has been an important goal for our company, and we are pleased to be able to take advantage of prevailing oil prices to reach this juncture. Obviously oil prices are subject to volatility, but if the current high prices for oil are sustained as we move forward, we believe we will have the potential to grow our cash flow as new wells from our Kruh Block drilling program begin to produce. Additionally, we are moving forward to aggressively set the stage to develop our potential billion-barrel equivalent natural gas Citarum Block, where the previous operator drilled a few gas discoveries” concluded Mr. Ingriselli.

All statements in this press release of Indonesia Energy Corporation Limited (“IEC”) and its representatives and partners that are not based on historical fact are “forward-looking statements” within the meaning of the Private Securities Litigation Reform Act of 1995 and the provisions of Section 27A of the Securities Act of 1933, as amended, and Section 21E of the Securities Exchange Act of 1934, as amended (the “Acts”). In particular, when used in the preceding discussion, the words “potential,” “estimates,” “believes,” “hopes,” “expects,” “intends,” “on-track”, “plans,” “anticipates,” or “may,” and similar conditional expressions are intended to identify forward-looking statements within the meaning of the Acts and are subject to the safe harbor created by the Acts. Any statements made in this news release other than those of historical fact, about an action, event or development, are forward-looking statements. While management has based any forward-looking statements contained herein on its current expectations, the information on which such expectations were based may change. These forward-looking statements rely on a number of assumptions concerning future events and are subject to a number of risks, uncertainties, and other factors, many of which are outside of the IEC’s control, that could cause actual results (including, without limitation, whether the gas discovery referred to herein is material as well as the future prices for natural gas and oil, the anticipated results of IEC’s drilling and production activities and the impact of such activities on IEC’s results of operations as described herein) to materially and adversely differ from such statements. Such risks, uncertainties, and other factors include, but are not necessarily limited to, those set forth in the Risk Factors section of the Company’s annual report on Form 20-F for the fiscal year ended December 31, 2021, filed on May 2, 2022, with the Securities and Exchange Commission (SEC). Copies are of such documents are available on the SEC’s website, www.sec.gov. IEC undertakes no obligation to update these statements for revisions or changes after the date of this release, except as required by law.