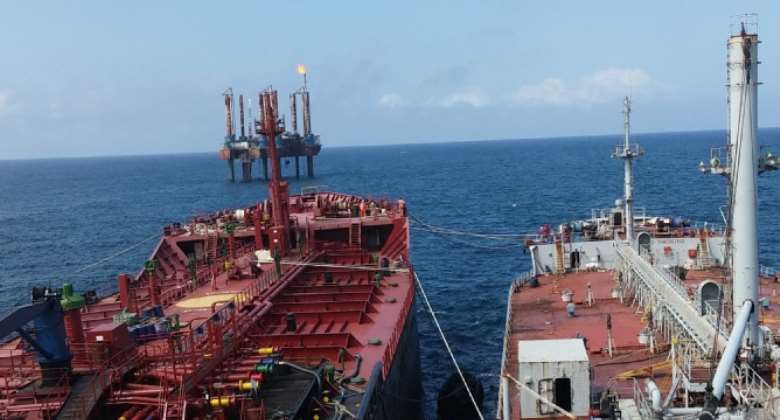 The country faces a potential judgement debt over a stalled decommissioning of an old oil rig at Saltpond in the Central Region, warns the Institute of Energy Research and Policies (INSTEPR).

It said a consortium led by Hans & Co Oil and Gas Limited, a local company, was contracted in January this year to retire the old rig known as Mr. Louie. The decommissioning – making it inoperative and dismantling safely – is in three phases, with the consortium having completed phase one; but the process has so far stalled, with INSTEPR now warning of potential oil spillage due to its weak state, and an impending judgement debt if nothing is done.

He said any strong wind could break the rig into pieces, causing what might be the biggest oil spill in West Africa despite the attention of the Environmental Protection Agency, Ministry of Energy and other stakeholders having been drawn to the looming disaster.

“The decommissioning project is divided into 3 phases, and each phase is categorised into milestones according to documents sighted by INSTEPR. After the signing, the consortium has completed milestone 1 of phase 1 of the project and has been paid US$5million,” the INSTEPR statement read.

After this, Mr. Poku said, a technical team from GNPC went to Port Harcourt, Nigeria, to inspect equipment and a Jack Up drilling Rig for the next phase of the project. After this inspection, a meeting was scheduled to discuss and start phase 2.

However, after the appointment of Opoku Ahweneeh Danquah as acting Chief Executive Officer of GNPC, a scheduled meeting with the consortium was postponed and later cancelled indefinitely by the acting MD, according to INSTEPR.

Mr. Opoku Danquah before his appointment, it added, was the deputy Chief Executive in-charge of Technical Operations. By this, the statement said, it means he was present at all discussions and negotiations of the project, and that indefinite cancellation of the meeting cannot be a case of a new person needing time to familiarise with the project or decommissioning process.

The delay, he added, is costing the project since all logistics to move the Rig (Trident VIII) from Nigeria to Ghana have already been contracted and paid for.

“The company has committed to service boats, paid for fuel in storage and hired personnel for the work. The big question is, why is the new acting Managing Director and board of directors acting to frustrate decommissioning of the Saltpond field? Our investigation has not yielded any concrete reasons yet. There is one thing for certain: the project’s cost could quadruple if the posture of the Managing Director continues, and there’s a possible multi-million-dollar judgement debt for breach of contract looming,” the statement warned.

“Anyone familiar with the upstream drilling industry will know that Jack Up rigs are only available during certain windows, and it might take years to get another Rig available if Hans & Co. does not use the Rig Trident VIII within the specified period in this contract,” Mr. Opoku said.

INSTEPR is therefore advocating for the law on willfully causing financial loss to the state to be applied on anyone whose negligence leads to a judgement debt on this matter.