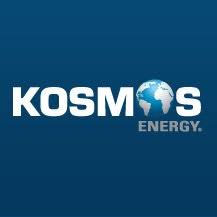 Commenting on the Company’s first quarter 2022 performance, Chairman and Chief Executive Officer Andrew G. Inglis said: “Kosmos had a strong first quarter operationally and financially, with production at the top end of guidance and free cash flow of around $220 million. We are continuing to invest in our differentiated portfolio which has the potential to grow production around 50% between 2022 and 2024 while increasing the gas weighting of our portfolio. This production growth combined with a reduction in capital spending as these projects come online should allow Kosmos to generate material, sustainable cash flow for its shareholders.

“We made good progress with the balance sheet during the quarter, with the successful redetermination of the RBL and re-financing of the RCF. We also reduced net debt by over $300 million in the quarter, which coupled with strong EBITDAX performance, helped reduce leverage to around 1.9x. We remain well on track to meet our target of less than 1.5x by year end.

“With low-cost, high margin oil assets that generate cash to pay down debt and invest in our deep portfolio of world-class gas assets, we believe we have the right portfolio at the right time. We are well positioned for the energy transition and believe we will have an increasingly important role to play in providing energy security to countries looking to diversify from current supply sources with cost competitive and geographically advantaged LNG.”

Around the end of the first quarter, Kosmos successfully completed the semi-annual redetermination of the RBL facility and re-financed the RCF. As part of the RBL re-determination, lenders approved a borrowing base capacity of $1.25 billion with outstanding borrowings of $0.9 billion as of March 31, 2022. The maturity of the RCF was extended to December 2024 with $250 million of commitments.

During the quarter, Kosmos received approximately $118 million from Tullow following the completion of pre-emption for the additional Ghana interests acquired in October 2021. Kosmos’ interest in the Jubilee and TEN fields has been reduced by approximately 3.5% and 7.7%, respectively. PetroSA’s pre-emption process is still ongoing, however the impact is expected to be immaterial.

Net capital expenditure for the first quarter of 2022, excluding acquisitions and divestitures, was approximately $101 million. Full year capital expenditure guidance for 2022 of $670 million remains unchanged for inflation (reduced from $700 million for Ghana pre-emption) reflecting the longer duration of our supply agreements and mitigating actions taken.

Kosmos exited the first quarter of 2022 with $2.2 billion of net debt(1) and available liquidity of approximately $0.9 billion. Total net debt decreased in the quarter by approximately $330 million with the strong free cash flow and the Ghana pre-emption proceeds received from Tullow. Leverage fell from around 2.5x at year end 2021 to around 1.9x at the end of the first quarter of 2022.

Total net production(2)(3) in the first quarter of 2022 averaged approximately 72,600 boepd, at the top end of guidance. We exited the quarter in a slight net overlift position.

Production(3) in Ghana averaged approximately 42,300 barrels of oil per day (bopd) net in the first quarter of 2022. Kosmos lifted four cargos from Ghana during the quarter, in line with guidance.

At Jubilee, production averaged approximately 91,200 bopd gross during the quarter. At TEN, production averaged approximately 25,000 bopd gross for the first quarter. High reliability of the Ghana production facilities continues, with uptime of the Jubilee and TEN FPSO’s averaging around 99% in the first quarter as well as high levels of water injection and gas offtake from the Government of Ghana.

On Jubilee, a water injector well was drilled and completed in the first quarter and is now providing pressure support to the field. A further producer well and water injector well were drilled in the first quarter with completion expected during the second quarter, which should help to support production levels through the second half of the year.

The Jubilee floating production, storage and offloading vessel (“FPSO”) is currently undergoing a two week planned shut down for routine maintenance and facility upgrades with production expected to recommence at the end of this week.

Production in the U.S. Gulf of Mexico averaged approximately 18,800 boepd net (83% oil) during the first quarter, impacted by unplanned facility downtime. All facilities were back online by the end of the first quarter.

Drilling of the Kodiak sidetrack well, which is being funded with insurance proceeds, is currently ongoing with production expected in the third quarter.

The Winterfell-2 appraisal well completed drilling during the first quarter and encountered approximately 40 meters of net oil pay in the first and second horizons, with better oil saturation and porosity than pre-drill expectations. The exploration tail discovered an additional oil-bearing horizon in a deeper reservoir, which is also prospective in the blocks immediately to the north. The results of this appraisal well further define the resource potential in the central Winterfell area, with our current estimate around 100 million barrels gross. We are continuing to work with partners on a low cost, lower carbon development targeting sanction around mid-year 2022, with first oil expected approximately 18 months after sanction.

Post quarter-end, Kosmos exercised its preferential right to purchase an additional 5.9% interest in Kodiak from Marubeni for approximately $21 million with an additional deferred payment of $7 million, utilizing a portion of the Ghana pre-emption proceeds.

During the quarter, the Okume upgrade project was completed. The field-wide upgrades were undertaken to increase Okume throughput and improve process reliability by increasing power generation, fluid handling and water injection capacities.

In April, the partnership commenced a three well electrical submersible pump (ESP) installation program, expected to be completed by the end of the third quarter, which provides support to existing production.

In early May, Kosmos and its Joint Venture partners agreed with the Ministry of Mines and Hydrocarbons of Equatorial Guinea to extend the Block G petroleum contract term, which will harmonize the expiration of the Ceiba and Okume field production licenses (presently expiring in 2029 and 2034 respectively) to 2040. The extension will support the next phase of investment in the license. As part of the extension, Kosmos has agreed to pay a signature bonus, included in our 2022 capital expenditure guidance, as well as to undertake an agreed work program. Management estimates 2P reserves will increase by around 6 million barrels, and net present value of the assets at a 10% discount rate will increase by approximately $100 million assuming $75 Brent.

Management estimates that the transaction in Equatorial Guinea and the two transactions in the U.S. Gulf of Mexico will add around 12 million boe of resources at a price of approximately $4 per boe.

The Greater Tortue Ahmeyim liquified natural gas (LNG) project was approximately 75% complete at quarter-end with the following milestones achieved in the quarter:

Kosmos will host a conference call and webcast to discuss first quarter 2022 financial and operating results today at 10:00 a.m. Central time (11:00 a.m. Eastern time). The live webcast of the event can be accessed on the Investors page of Kosmos’ website at http://investors.kosmosenergy.com/investor-events. The dial-in telephone number for the call is +1-877-407-0784. Callers in the United Kingdom should call 0800 756 3429. Callers outside the United States should dial +1-201-689-8560. A replay of the webcast will be available on the Investors page of Kosmos’ website for approximately 90 days following the event.

Kosmos is a full-cycle deepwater independent oil and gas exploration and production company focused along the Atlantic Margins. Our key assets include production offshore Ghana, Equatorial Guinea and the U.S. Gulf of Mexico, as well as a world-class gas development offshore Mauritania and Senegal. We also maintain a proven basin exploration program in Equatorial Guinea, Ghana and the U.S. Gulf of Mexico. Kosmos is listed on the New York Stock Exchange and London Stock Exchange and is traded under the ticker symbol KOS. As an ethical and transparent company, Kosmos is committed to doing things the right way. The Company’s Business Principles articulate our commitment to transparency, ethics, human rights, safety and the environment. Read more about this commitment in the Kosmos Sustainability Report. For additional information, visit www.kosmosenergy.com.