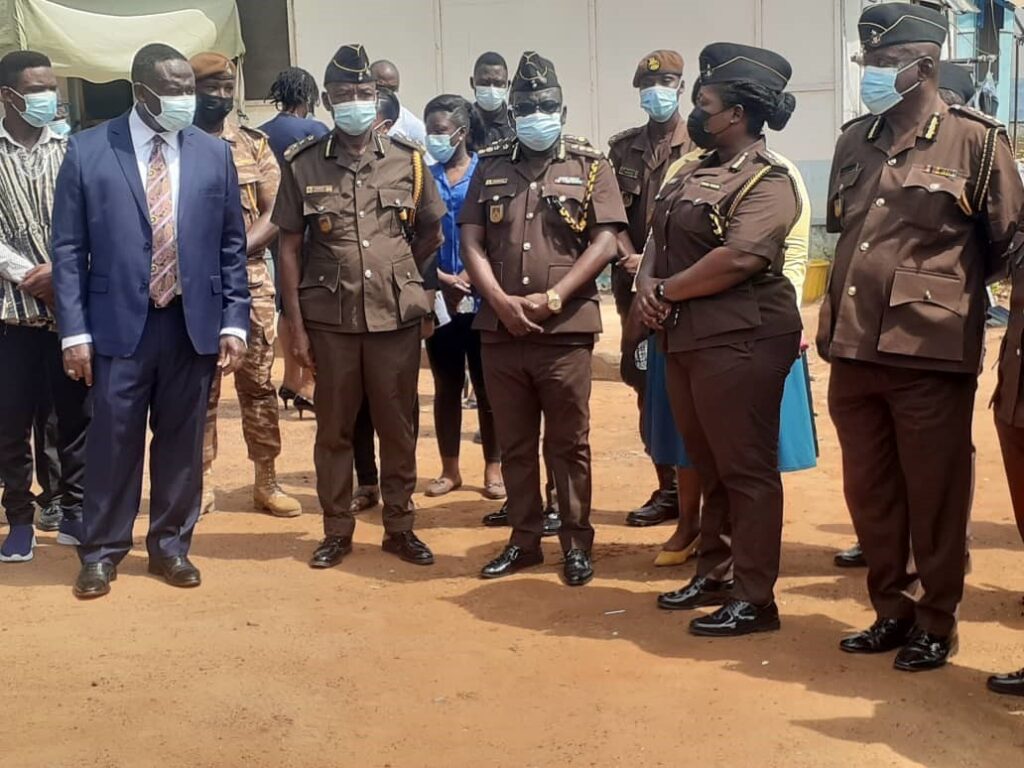 The project, which forms part of the Kosmos Hunger Relief Initiative, is targetted at empowering the Prisons Training School and Senior Correctional Centre at Roman Ridge to be food sufficient as well as train interested inmates to develop their skills in the various fields before leaving the centre.

The facilities are purposely designed for mushroom-growing, and snailery and vegetable cultivation under a controlled environment to produce best yields in the shortest possible time.

As part of the project development strategy, about 300 personnel – both prison officers and inmates – have been trained to be trainers and facilitators for the long-term programme.

Senior Vice President and Head of the Ghana Business Unit for Kosmos Energy and Chairman of the KIC Board of Directors, Joe Mensah, indicated that KIC since inception has been focused on skills development, human empowerment and hunger eradication through investment in agriculture.

This project, he stressed, is one of such projects to support agriculture sector capacity building and skill development to nurture agriculture entrepreneurs.

“We have trained about 105 in mushroom, 98 in snails and another 95 in irrigation for vegetable farming. So, close to 300 have been trained for the project to be sustainable over a long period of time. We are not only helping these inmates to get some skills but also generating some revenue from the project, as there are indications that the produce is already being sold for some cash.”

Deputy Director of Prisons (DDP) Hanson Adu Awuku, speaking on behalf of the Director of Prisons, expressed his profound gratitude to Kosmos Energy for such a huge investment in the centre’s skills development and promised sustainability for the project to ensure generation after generation get to benefit from it.

According to him, over the short period that the project has been running, they have already broken even in terms of financial investment into the programme and sales made from produce so far. This, he said, is an indication of the project’s significance and its capacity to support the GPS.

Assistant Director of Prisons (ADP) and Officer In-Charge of the project, Millicent Owusu, stated that currently the facility has 240 inmates and they will be trained in batches of 20 persons at a time to build their capacity and equip them with relevant skills.

“These are juveniles between the ages of 12 and 21 that are in custody here, and it is our aim to to reform and rehabilitate them. So, this training is going to add to the existing workshops we have to enable the children acquire skills, complement their rationalism and generate income for the centre,” she said.

This year, 46 of the inmates participated in the NVTI examination and will receive certificates they can use to apply for jobs when they are discharged; but this can only be sustainable with the right tools to train them, she stressed.