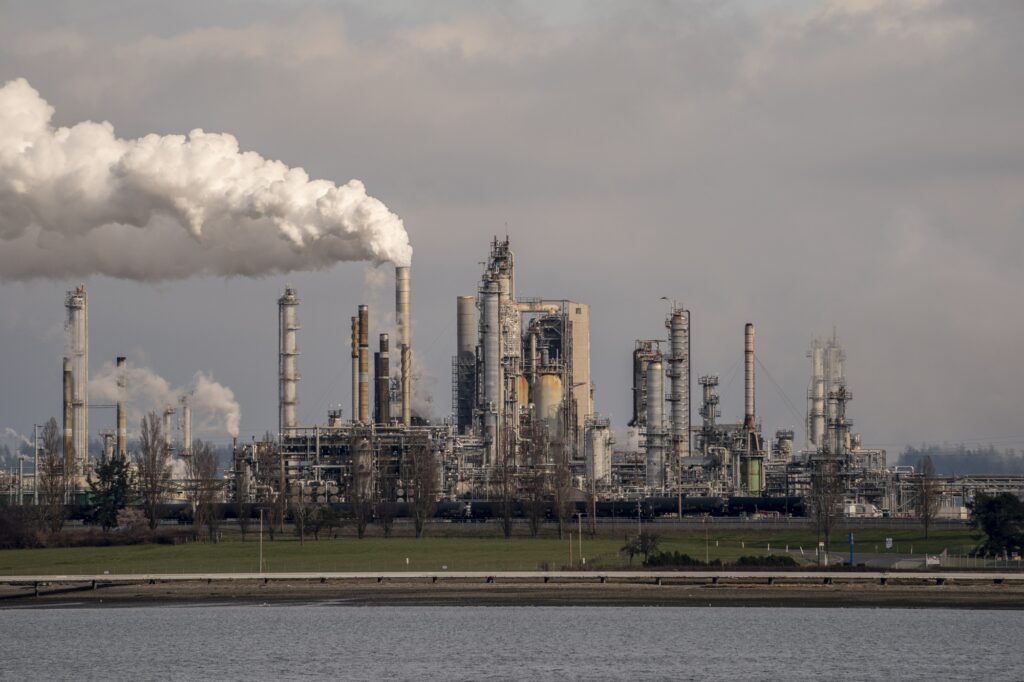 As the world fails to meet targets to curb climate change, over half of the 150 biggest financial institutions have no restrictions on financing oil and gas.

The world’s leading climate finance experts and economists warned that too much money continues to pour into fossil fuels and too little is channeled to clean energy, putting the planet on track to blow past its limit to avoid catastrophic global warming.

In its latest assessment of global efforts to contain climate change, published Monday, the United Nations Intergovernmental Panel on Climate Change issued a stark alert that the world is on track to warm by more than 3 degrees Celsius, twice the stretch goal of the Paris Agreement. Finance is both driving the problem and a “critical enabler” in the energy transition, the panel said.

The world stands at a tipping point, or “pattern break,” in the status quo, said Edward Mason, director at Generation Investment Management, a green finance firm co-founded by former U.S. Vice President Al Gore, referring to the war in Ukraine and its impacts on the energy transition. “We mustn’t lose sight of the bigger picture.”

For the world to meet its climate target requires a “substantial reduction in overall fossil-fuel use” that “will leave a substantial amount of fossil fuels unburned,” the IPCC said. And yet the finance sector continues to fund fossil-fuel development.

Over half of the 150 biggest financial institutions globally have no restrictions on financing oil and gas, and two-thirds of the world’s largest banks and asset managers are failing to set concrete climate targets for this decade, according to two separate analyses by NGOs. For their part, a whopping 83% of the world’s biggest polluting firms are yet to map a meaningful path to net-zero emissions, a leading investor alliance found.

There’s a “systemic underpricing” of climate risk in the financial system, according to the IPCC. The shortcomings also fly in the face of these finance firms’ public pledges, notably the Glasgow Financial Alliance for Net Zero. Launched at the COP26 climate summit last November, GFANZ members worth a combined $130 trillion committed to achieving net zero emissions by 2050 at the latest and delivering their fair share of 50% emissions reductions this decade.

“Now is the time for financial institutions to show that their climate pledges were not pure greenwashing and that they are serious about taking action this year,” said Lucie Pinson, executive director of Reclaim Finance, an NGO that authored one of the studies

What’s clear is that there’s no time to kick the can down the road, said Christa Clapp, a co-author of the new IPCC report’s finance chapter. “Despite recent commitments, these high levels of public and private fossil-fuel financing continue to be a major concern,” she said.

If too much finance is going to fossil fuels, far too little is being spent on tackling and adapting to climate change, particularly in developing countries. The gap between finance needs and availability is nothing new, said Clapp, but the “order of magnitude” has changed since the last such IPCC report in 2014.

Financing to prevent further climate change is falling short by up to a factor of six globally and eight for developing countries, the IPCC found. Money flows have increased over the past decade, but remain unevenly distributed across regions and sectors, and their growth has slowed.

Interspersed in the IPCC’s analysis are notes of optimism. In particular, “innovative financing approaches,” including green bonds and ESG-labeled products, could help reduce the underpricing of climate risk in markets.

The environmental-social-governance, or ESG, sector already encompasses $40 trillion in assets globally, and the label can be found on anything from an exchange-traded fund to a credit default swap. Such a panoply of products and claims has led to allegations of greenwashing, cited in the new report as a “challenge” to the efficacy of such approaches.

While regulators globally are beginning to apply scrutiny, integrity efforts to date have centered on transparency and corporate disclosures, such as those developed by Task Force on Climate-related Disclosures. ESG strategies alone “do not yield meaningful social or environmental outcomes,” noted the IPCC authors, citing the need for stronger government policy and ultimately enhanced regulation.

Despite challenges in the scale, quality and urgency of climate finance needs, the report’s findings and their release in the context of the war present an opportunity, according Eric Heymann, an economist at Deutsche Bank Research. There’s now stronger political will to boost renewables, he said.

“Can we let go of the hand brake [on climate finance]?” asked Christiana Figueres, the former executive secretary of the UN Framework Convention on Climate Change and a key negotiator of the Paris Agreement. “Yes, and we have to.”