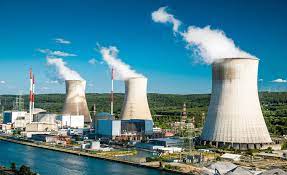 Now Bloomberg reports Freeport LNG told customers that outages at its Texas terminal, which has been closed since June and was scheduled to reopen by mid-November, could be delayed further.  People with direct knowledge of the situation said LNG shipments for November and December are likely to be canceled as maintenance work continues on the liquefaction plant. Also, regulatory approvals could prolong the start date.

This comes as heating demand is set to surge across the Northern Hemisphere. The LNG export facility in Freeport, Texas, accounted for 15% of all US LNG exports, most of which were sent to Europe.

Freeport said last week it was set to resume operations this month, though reliable timelines from the company have been hard to get, according to the people.

This is more bad news for Europe as the energy-stricken continent has to search elsewhere for LNG shipments. On the flip side, more NatGas will be injected into US storage ahead of winter.

Freeport LNG, a major liquefied natural gas exporter in Texas, rejected claims made on social media last Friday that its terminal would be closed for an extended period.

US natural gas futures plunged as much as 7.4% on Friday as someone operating a Twitter account, identifying as a trader, said “cracked pipes” were discovered at the terminal, potentially delaying the company’s plans to restart exports by mid-month. The tweet was immediately deleted.

“That speculation ratcheted up sharply Friday morning, when a Twitter account, @Lithium_Plays, made several unconfirmed statements regarding Freeport that were widely shared by other Twitter accounts, including a top, so-called energy Twitter influencer, an oil analyst for a major international bank whose account has 64,000 followers. But those tweets by @Lithium_Plays were then quickly deleted.

Shortly thereafter, another account, @rr9b250, Tweeted a screenshot that seemed to look like it came directly from Freeport LNG, as it was on Freeport LNG letterhead with the same logo colors that one sees on Freeport’s official website. The statement ended with “Sincerely, Freeport LNG Public Relations.”” –Market Watch

“Any Tweets and/or posts on Freeport LNG branded letterhead that may have been obtained or published, are reporting false information and are not legitimate, official public information from Freeport LNG,” the company said in a statement.

On Monday morning, US natural gas futures jumped more than 5.5% to as high as $6.25/mmbtu on Freeport dismissing reopening claims.