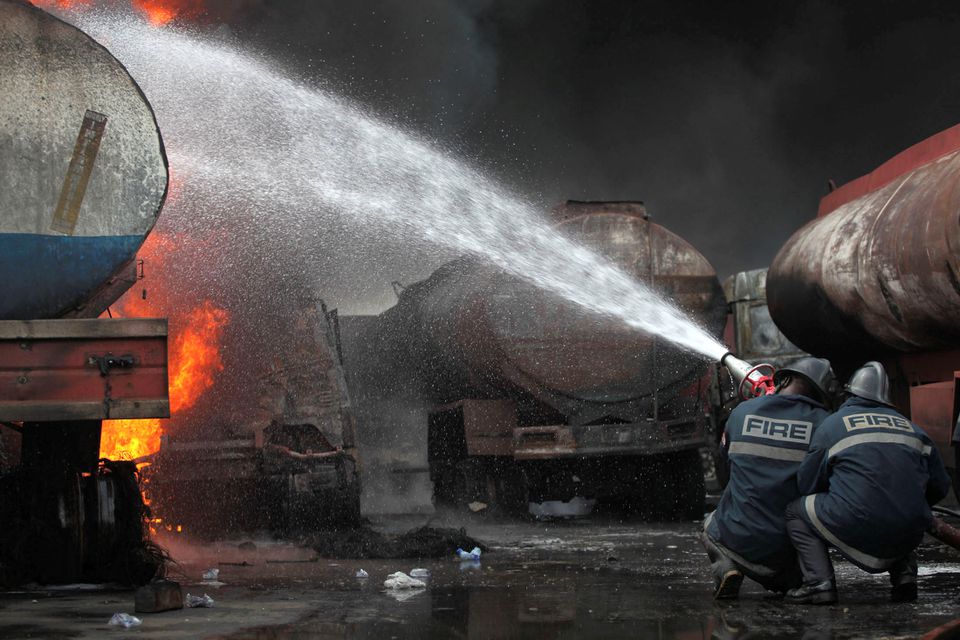 A floating production, storage and offloading vessel in Nigeria has been destroyed by an explosion, with fears growing over the fate of its crew.

Located in OML 108 — operated by indigenous player Shebah E&P Company Ltd (Sepcol) — the Trinity Spirit FPSO was rocked by the blast in the early hours of yesterday morning, according to multiple news reports.

Sepcol chief executive Ikemefuna Okafor was cited today by Reuters as saying: “At this time there are no reported fatalities, but we can confirm that there were 10 crewmen on board the vessel prior to the incident and we are prioritising investigations with respect to their safety and security.”

A video clip of the incident can be seen here:

Okafor said investigations are under way into the cause of the explosion while attempts to contain the situation were being made with help from nearby communities, fishermen, Clean Nigeria Associates and Chevron, which operates the nearby Escravos facility.

Sepcol is currently in receivership, a form of bankruptcy protection, Reuters reported.

Moored in 80 feet of water, the FPSO — which can produce 22,000 barrels per day of oil and store up to 2 million barrels — handles crude from the Ukpokiti field in Warri state.

It is unclear how many barrels were being stored on board prior to the incident, but fears are growing about the potential size of a resulting oil spill.

One Nigerian source familiar with the FPSO suggested it was holding about 200,000 barrels at the time of the incident, although this could not be confirmed.

Houston-based Alliance Marine Services (AMS) is the beneficial owner of the FPSO, while the registered owner is US-based Allenne Ltd, according to VesselsValue data.

The Liberia-flagged floater’s origins go back to the mid-1970s when it was built as an oil tanker in Japan before being converted to an FPSO — the Conoco Independence — in 1978 for use in Nigeria.

Upstream was unable to contact Shebah, while AMS had not responded to a request for a statement at press time.