Not All Oil Is Equal: Why Banning Russia’s Crude Is Risky 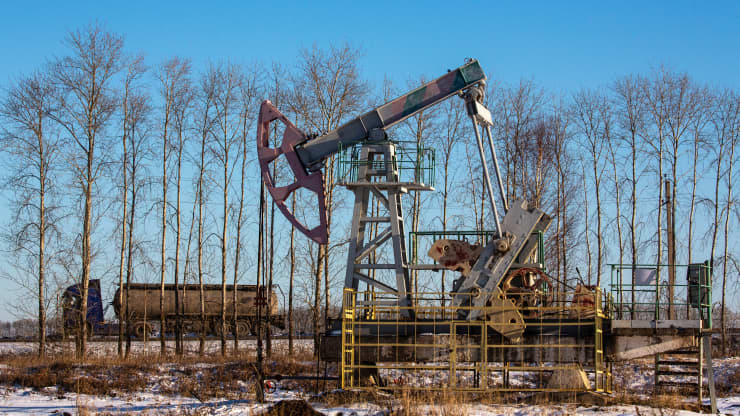 Crude oil prices are soaring, with Brent breaking $130 over the weekend as the United States and Europe discussed banning Russian oil imports. But according to some industry insiders, this might not be the smartest move.

“The only way to stop Putin is to ban oil and gas exports,” Scott Sheffield, chief executive of Pioneer Natural Resources, told the Financial Times in an interview last week. “[But] if the western world announced that we’re going to ban Russian oil and gas, oil is going to go to $200 a barrel, probably — $150 to $200 easy.”

The narrative in support of a ban is that U.S. local production will make up for the canceled imports. According to Sheffield, however, the process of making up will take a while.

The U.S. shale oil industry has certainly benefited from higher oil prices, but it has also seen its fair share of problems, reflecting broader difficulties in the U.S. economy after the pandemic.

Labor shortages are ubiquitous across industries, for example, and U.S. shale is no exception. Supply chains are still suffering disruptions that began during the pandemic, with industry insiders complaining about delivery delays of various materials. A frack sand shortage is also plaguing the industry.

There are also specific difficulties for the shale oil industry. The biggest among them is that drillers seem to be running out of the so-called sweet spots where oil is relatively easily accessible. Of course, with prices of above $120 per barrel, the definition of sweet spots might well expand, but not all would be tempted to take advantage, it seems.

Public oil companies in the United States have maintained their financial discipline despite the oil price rally—something that would have been unthinkable a couple of years ago. With growing pressure from shareholders to return cash instead of growing production, most public shale industry players have resisted the call of higher prices successfully.

Indeed, it was Sheffield again who said that “Whether it’s $150 oil, $200 oil, or $100 oil, we’re not going to change our growth plans.” Speaking to Bloomberg in February, the executive added, “If the president wants us to grow, I just don’t think the industry can grow anyway.”

Continental Resources is another shale major that has no plans to boost output substantially. At least it had no such plans when it released its latest financial results and issued a production update. “We project generating flat to 5% annual production growth over the next five years as we have previously noted,” Continental’s chief executive Bill Berry said in February.

Russian oil exports account for 8 percent of global supply. Exports to the United States are mostly fuel: according to data from the American Fuel and Petrochemical Manufacturers association, last year the U.S. imported some 209,000 bpd of Russian crude but 500,000 bpd of refined products.

As the AFPM explains, these imports would be challenging to replace. “U.S. West Coast (USWC) refineries rely on imports of light sweet crude oil from other countries, including Russia, because access to U.S. produced light sweet crude oil is challenged by geography, transportation, and logistics.

“Our refineries in the U.S. Gulf Coast (USGC) import heavier crude and unfinished oils from Russia that our complex refineries can transform into other products including gasoline, diesel and jet fuel.”

Sources of heavy crude are few and far between, although Canada is one of the biggest. Its exports to the United States, however, are not enough to satisfy the country’s refining industry’s needs. It was probably because of this that U.S. representatives this weekend traveled to Venezuela—a formerly big producer of heavy crude but heavily sanctioned by the United States.

According to a Reuters poll, an overwhelming majority of Americans from both parties support a ban on Russian oil. This effectively means that an overwhelming majority of Americans either support much higher gasoline prices or are unaware of the direct link between international oil prices and gas prices at the pump. Whatever the case, the government, at least, is aware that it would need to tread cautiously.

U.S. inflation hit 7.5 percent in January, and there are few signs it will be coming down soon, even with the planned rate hike the Fed is expected to announce this month. Energy costs are a major contributor to higher consumer prices, and currently, energy costs are pretty much out of control, not least because of the Russian oil export ban discussions.

Theoretically, Venezuelan and Iranian crude could make up for sanctioned Russian barrels. In reality, Venezuela’s oil industry will need time to ramp up production even if sanctions are lifted immediately, which has not been suggested publicly. Lifting sanctions on Venezuela without political reforms would effectively amount to recognition of the Maduro regime by the White House after years of insisting on a change. Meanwhile, Iranian talks have stalled, reminding us all that the Iran nuclear deal is not a certainty either. No wonder analysts are talking about much higher oil prices.

Source: Not All Oil Is Equal: Why Banning Russia’s Crude Is Risky | OilPrice.com