NPA reduces contaminated fuels from 32% to 2.5% 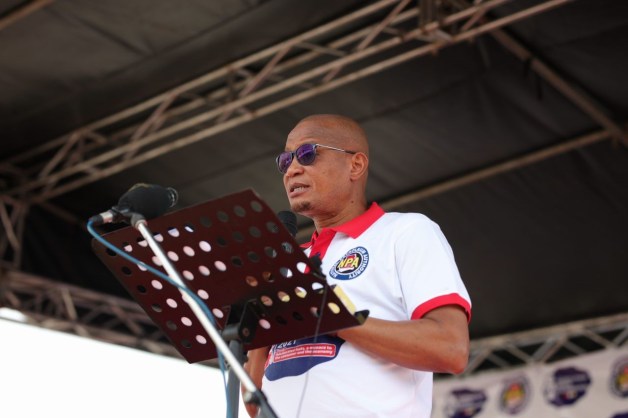 As a result of the stringent measures instituted, the retail outlet failure rate has reduced drastically from 32% as at 2013 to 2.51% as at August, 2021,the Chief Executive of the National Petroleum Authority (NPA), Dr. Mustapha Abdul-Hamid has said.

Among the key strategies adopted are the revision of operating procedures in the importation, exportation, and production of fuels by Petroleum Service Providers (PSPs) and the introduction of Petroleum Product Marking Scheme (PPMS) and Bulk Road Vehicle (BRV) tracking system to ensure that products are devoid of adulteration and meet the required specification along the supply chain.

“We are poised to wipe out these 2.51% culprits still cheating petroleum consumers. This is why we are here today, to tell consumers to report to the NPA anytime there is suspicion of the purchase of contaminated fuel. There are laws that provide punitive sanctions such as fines, imprisonment, or both for the perpetrators of these fuel quality crimes,” he said.

Dr. Abdul-Hamid was addressing stakeholders at this year’s Consumer Week Celebration which was held under the theme: “Adulterated Fuels: A menace to the consumer and the economy,” at Ho in the Volta Region.

Dr. Mustapha Abdul-Hamid  indicated that petroleum service providers that indulge in fuel adulteration deprive consumers of value for money at the retail outlets  and also cause damage to engines of vehicles and machinery.

According to him, fuel adulteration increases emission of harmful compounds such like Carbon dioxide, volatile organic compounds that affect air quality and the environment.

The NPA Boss said the effects go a long way to affect the health of the workforce, harms the reputation of a fuel retailer’s brand and cost government millions of Cedis in revenue each year.

He averred that, the petroleum downstream industry has always been about striking the right balance between the industry players which are petroleum service providers, and consumers.

Dr Abdul-Hamid pointed out that, in as much as the industry wants profitability, the consumer wants value for their money hence none of them must occur at the expense of the other.

“It is for this reason that the regulator (NPA) was established to innovate and adopt strategies to ensure that the industry remains efficient and profitable but at the same time consumers receive value for money,” he said.

He stressed however that, fuel adulteration is a global problem and in Ghana, it has been the challenge to both the industry and regulators.

According to the Chief Executive, in a bid to tackle the problem of petroleum product adulteration, innovative strategies have been adopted, primarily aimed at improving upon the quality of petroleum products to ensure fuel supplied at final dispensing outlets is of the right quality specification to consumers.

He said, “Among the key strategies are the revision of operating procedures in the importation, exportation, and production of fuels by petroleum service providers (PSPs) and the introduction of Petroleum Product Marking Scheme (PPMS) and Bulk Road Vehicle (BRV) tracking system to ensure that products are devoid of adulteration and meet the required specification along the supply chain.”

The Minister of Energy, Dr Matthew Opoku Prempeh in a speech read on his behalf urged consumers of petroleum products to desist from buying from tabletop sellers.

“And to our drivers here who like to buy fuel from our tabletop dealers; what is known to be gao-gao, in this Municipality probably because its cheaper than what’s sold at the filling station, please note that you are rather damaging your car engines and you will spend more to fix your cars at the mechanic shop than buying the quality products from the fuel stations,” he cautioned.

The Volta Regional Minister, Dr. Archibald Yao Letsa said the effects of bad fuels are many and that contaminated fuels cause engines to malfunction and come at extra cost to the consumer to restore damaged engines.

Such fuels, he said also generate toxic fumes that pollute the air and are harmful to the health of the people.

According to him, putting in place such programme to stem the trend is welcome news.

He also said that a section of the petroleum industry that indulges in adulteration cheats the consumer out of what they are paying for, harms the reputation of a fuel retailer’s brand and cost government millions of cedis in revenue each year.

He encouraged all stakeholders not to see the theme as a single duty of the NPA but rather embrace it as a collective responsibility.

He charged all to report any suspicion of contaminated fuel either at the pump or in their cars.

In a related development, Dr. Mustapha Abdul-Hamid, has engaged stakeholders in the Eastern Region to familiarise them with operations of the organisation.

The visit was to among others get to know the people and “understand their sentiments to be able to craft and execute a vision that resonates with people within the organisation”.

During his interaction with the media, he disclosed the organisation has embarked on stakeholder consultations including a visit to the LPG, OMCs, Marketing Associations, Tanker Drivers and Owners, Civil Society Organisations and others.

According to him, the aforementioned industries are quite wide, and a huge industry to think about is one that contributes 6% of GDP and billions of cedis to Ghana’s development effort – oil and gas.

He said it is as a result of this that leadership of the NPA have embarked on stakeholder consultations in the past four months, and have promised to do more.

Dr. Abdul-Hamid added that as part of getting to know the various organisations, they have already had management retreats as they go about executing their mandate.

He said in the bid to prevent people from violating the rules of the NPA, they will engage the various security agencies to help get rid of that issue.

He affirmed they are determined to strengthen their stakeholder relations to help them do the kind of work they intend doing.

The visit also took the CEO to the Eastern Regional Police Command at the regional police headquarters, Galloway, where he discussed with the security chief issues of cooperation between the NPA and Ghana Police Service – in terms of providing security for industry players and helping in the fight against fuel diversion, smuggling and other related irregularities that may occur in the course of doing business.

Reacting to prices of fuel in the country, he said: “We have done what is within our remit per law, which is that we appealed to the president – and being the sensitive President that he is, he agreed that the price stabilisation and recovering levy be suspended for two months. The intended purpose of that suspension is so we can stabilise prices.

“I’m sure you know what the world situation is as far as petroleum prices are concerned, everything is going up on the international market; and so to that extent, we thought this price stabilisation and recovery levy was put there specifically for this purpose.

“So, we have done our bit and we were hopeful that in the November window we do not see astronomical jumps at the pump; which will mean to me that the price stabilisation and recovery removal is working because prices haven’t jumped”

However, Dr. Hamid insisted the NPA’s strategy is working, having been able to stabilise the price of fuel.

After the media interactions, he also toured some of the fuel stations of Koforidua to check work being done in the field.