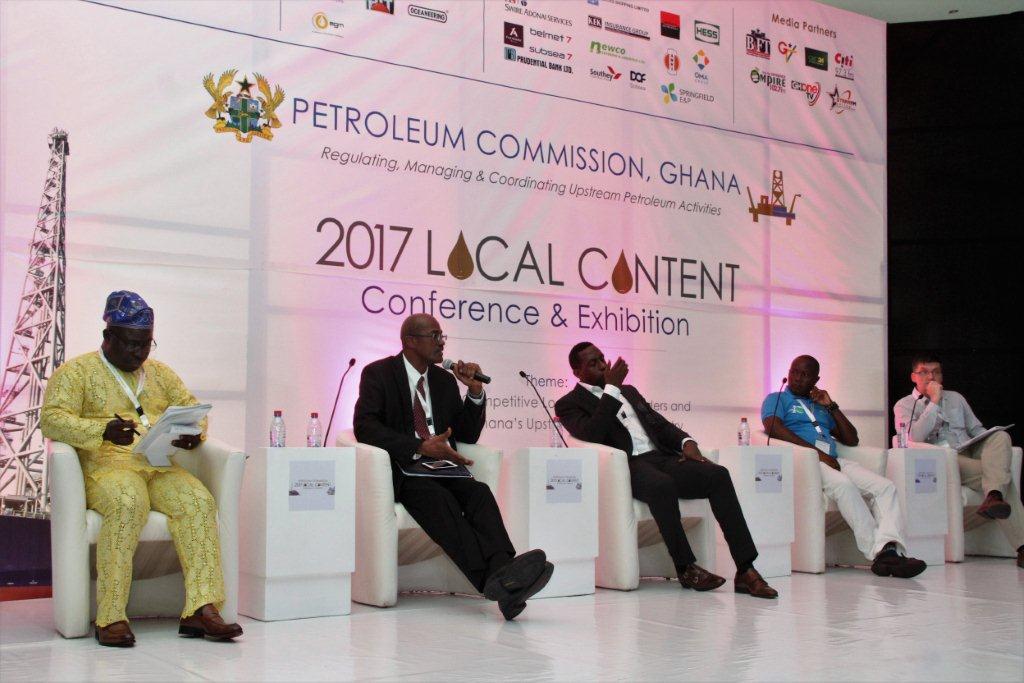 The Chief Executive Officer of the National Petroleum Authority, Mr Alhassan Tampuli has said the Authority is in close collaboration with the Ghana Revenue Authority (GRA), the Navy and other relevant security agencies to tackle the numerous of industry problems head-on.

Some of the measures include intensification of digital solutions like the Bulk Road Tracking System, the integration of the Ghana Community Network and GRA Monitoring Platform into the Enterprise Relational Management System for harmonisation of information and monitoring.

Mr. Tampuli made this known at the second edition of the Ghana International Petroleum Conference in Accra on the theme: ‘‘Realising the Vision of a Petroleum Hub’’.

The four-day event was under the auspices of the Energy Ministry and Ghana Chamber of Bulk Oil Distributors, in collaboration with the National Petroleum Authority and Association of Oil Marketing Companies.
It brought together key stakeholders in the petroleum downstream sector including policy-makers, regulators and oil service providers, to deliberate on policies and trends in the sector, as well as discuss pertinent issues affecting the industry in the bid to guide decision-making.

The participants are expected to come out with some recommendations to help resolve challenges in the petroleum downstream sector and chart the way forward.

Mr. Tampuli said the Authority would ensure due processes for export and bunkering of petroleum products as well as applying stiffer punishment for offenders including withdrawal of licences.
“Recalcitrant service providers will be made known to the public by way of naming and shaming offenders and directors would be banned from participating in any activities in the downstream petroleum sector,” he warned.
Mr Tampuli gave the assurance that all unpaid taxes would be recovered, noting that the recent measures had seen the Authority saving the nation nearly GHC16 million in tax revenue alone and GHC 7 million in unpaid margins.

He said the Authority had intensified its safety compliance inspections on all petroleum products destinations nationwide and more stringent sanctions were being enforced including the shutdown of non-compliant stations.

Mr Tampuli said it had launched a national safety campaign to raise awareness and adherence to safety protocols in the petroleum downstream sector under the slogan ‘‘People’s Safety First’’.

Additionally, the Authority was undertaking an advanced work plan for the implementation of the new Liquefied Petroleum Gas Policy regarding the Cylinder Re-Circulation Module.

Mr Tampuli gave the assurance that the Authority would ensure the security of jobs and safety of existing investments in the downstream petroleum sector as well as maintain or possibly increase the price build-up margins.He said the estimated amount was reached on the assessment made by a petroleum task force inaugurated by the Government last year to develop petroleum infrastructure master plan and road map towards the realisation of the vision.

He said the funds was supposed to come from public and private investments of which the Government was to raise 10 per cent to support the construction of roads, electricity and water facilities.

Mr Agyarko said the theme for the conference was in tandem with the Government’s vision, which was enshrined in the new National Energy Policy.

To that end, he said, the Ministry would work diligently to achieve the vision of the Government, adding that the petroleum task force had visited some countries that had made headway in petroleum infrastructure.

Therefore, the taskforce consequently engaged key stakeholders and prospective investors in the petroleum industry on the way forward.

Mr Agyarko said upon extensive consultation and assessment by the task force, government was convinced that the nation had the capacity of developing petroleum infrastructure into a hub in the sub-region.

He, therefore, urged the petroleum service providers to upgrade their skills and business capacity to partner with the Foreign Direct Investors to ensure a fair balance and significant value retention of benefits in the country.

The Energy Minister gave the assurance that the Government would provide favourable fiscal environment and incentives to attract the right investment into the petroleum downstream industry.