Offshore Oil Is Making A Comeback As Demand Returns 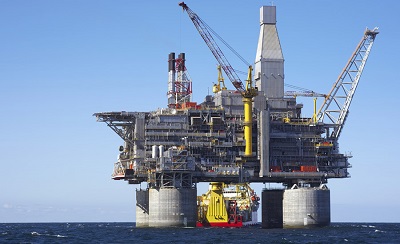 Like other sectors of the oil and gas ecosystem, overcapacity has been a major problem for offshore drillers.

The oil price crash has taught offshore producers some important lessons in production discipline, forcing them to trim inventories to reflect market conditions.

Drillers have seen the number of projects increase in 2021 and 2022, and the current outlook looks increasingly bright.

The oil market crash of 2020 was brutal on major oil producers, forcing global oil and gas companies to cut capex by $100B, or roughly 30%, to 13-year lows. However, it’s offshore drillers who bore the full brunt of the cuts, with just a fifth of projects earmarked as potentially going ahead in 2021 proceeding on schedule. Some of the high-profile offshore drilling deferrals included the suspension of ExxonMobil’s (NYSE:XOM) multi-billion-dollar Rovuma LNG project in Mozambique; deferral of BP PLc (NYSE:BP)-Kosmos Energy (NYSE:KOS) multi-billion-dollar Greater Tortue Ahmeyim gas-condensate project off Senegal and Mauritania, suspension of Equinor (NYSE: EQNR)-Husky Energy (TSE: HSE) Bay du Nord project offshore in eastern Canada and Australia’s Woodside Petroleum (ASX: WPL) pushing back the Final Investment Decision (FID) for the Scarborough gas project.

The oil and gas markets staged a strong rebound in 2021 with oil and gas prices climbing 59% and 33%, respectively, thanks in large part to tight oil and gas markets and global economies reopening. The rising tide lifted most boats, with the energy sector of the Standard & Poor’s 500 Stock Index soaring 55% in 2021, nearly double the 29% return posted by the overall stock market.

Unfortunately, stocks of offshore drillers were left in the cold and significantly underperformed the sector and even the S&P 500. The performance disparity reflects the capital-intensive nature of the service industry compared to the commodity-leveraged earnings of producers.

Like other sectors of the oil and gas ecosystem, overcapacity has been a major problem for offshore drillers, depressing prices and eroding negotiating leverage with customers.

Thankfully, similar to their onshore brethren, the oil price crash has taught offshore producers some important lessons in production discipline, forcing them to trim inventories to reflect market conditions.

According to IHS Markit Petrodata, data for the week ending Dec. 23, 2021, showed an 11-rig decline in total supply compared with a year ago, but only a two-rig decline in marketed supply, with the change accounted for by the five-rig increase in contracted rigs. That, in turn, translated into an 18.5% gain for fleet utilization, taking it from the low 60s to the low 80s percent.

Fleet utilization rate ended 2021 above the level traditionally associated with the start of day rate pricing improvement. To the extent workboat operators have trimmed their available marketed fleets, the trends in the drilling rig market suggest stronger vessel pricing is in the offing, too.

Indeed, the Dallas Fed survey showed that service companies, on average, expect the price of their primary service or product to increase 8.5% this year in response to rising demand. Controlling input costs will be critical for improved profitability, but remains well within the ability of drilling managers.

A survey of 132 oil and gas executives by the Dallas Federal Reserve Bank shows they expect oil prices to remain stable or rise further in 2022 while tight gas markets ensure U.S. LNG exports should remain strong this year.

More importantly, offshore drillers can expect the good times to last throughout the current decade.

An analysis of offshore oil production by Norwegian energy intelligence firm, Rystad Energy, has shown that more shuttle tankers will be required as offshore oil output surges 35% in the current decade.

According to Rystad, demand for shuttle tankers in countries with robust offshore oil production and limited pipeline infrastructure is set to grow continuously in the coming years, as offshore production jumps to 3.3 billion barrels per year by the turn of the decade from 2.5 billion in 2021.

Brazil–currently the largest market for shuttle tankers thanks to its ultra-deep-water oilfields–is projected to account for more than half the shuttle market demand from 2026.

Surging offshore production in Brazil has significantly improved the utilization of shuttle tankers, with activity soaring by 55% from 695 million barrels for 2013 to 1.07 billion in 2021. A further increase of 72% is forecast by the end of 2030 when total volumes handled by shuttle tankers in the country will hit 1.84 billion barrels.

“There is a need for a new influx of shuttle tankers to meet the increasing demand and replace some of the ageing capacity that will be taken out of service. Crude oil extraction will continue for many years to come and, given the robust economics and competitiveness of the offshore industry, new investments in offshore production are likely to continue building, ensuring a bright future lies ahead for the shuttle tanker industry,” says Oddmund Føre, senior vice president of energy service research with Rystad Energy.