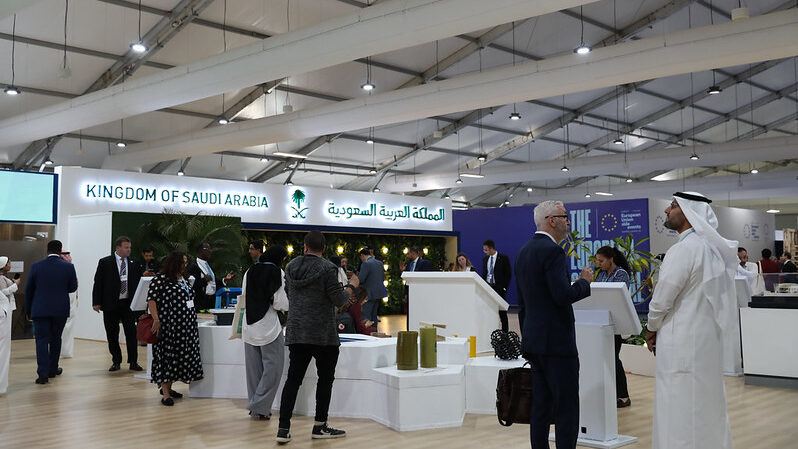 Fossil fuel lobbyists outnumber every national delegation but the UAE’s at the Cop27 climate summit and their influence shows – on the sidelines and in the negotiations.

The Egyptian host, a gas exporting nation, has made reducing the industry’s carbon footprint a focus of its carbon-cutting initiatives.

“Oil and gas has a vital role to play in this transition. Since it is part of the problem, it should be part of the solution,” its petroleum minister Tarek El Molla, told the opening of the summit’s “decarbonisation day”.

Cutting methane emissions from production and capturing and storing carbon from polluting power plants got plenty of airtime. Phasing out oil and gas production was barely mentioned.

Polluters have pitched carbon capture and storage (CCS) as the solution to decarbonise carbon-intensive industries for decades, but it remains commercially unproven. The few projects that make it pay do so by using the captured CO2 to extract more oil from the ground.

Inside the conference centre, oil and gas producing nations, including Egypt, UAE, Saudi Arabia and Canada, showcased plans to use the technology at scale.

Its proponents are pushing for CCS to be included in a UN Climate Change process to ramp up national carbon-cutting ambition this decade.

Campaigners call it a “false solution” that provides a lifeline to the fossil fuel industry and distracts from the need for oil and gas phase out.

Rather than a last resort to decarbonise hard-to-abate sectors such as steel and cement “it’s become plan A,” said Marine Pouget, of Climate Action Network France.

Inside negotiating rooms, diplomats are defining what kind of “carbon removals” are eligible for trading as carbon credits.

The technical body recommends a broad definition of “removals”. Any human activity that “durably” stores carbon in geological formation, land, ocean reservoirs and products would qualify. Even wooden furniture could count.

Campaigners warn this would open the door to a raft of controversial and unproven technologies. Some, like CCS, have repeatedly underdelivered on their promise. Others, like ocean fertilisation – adding nutrients to seawater to stimulate photosynthesis and draw carbon in – bring ecological concerns.

“This would allow the fossil fuel industry to continue business as usual while relying on risky technology that we are not sure is going to work,” Erika Lennon, a senior attorney at the Center for International Environmental Law (Ciel), told Climate Home. Instead, the focus should be on real emission cuts, she said.

Argentina, Brazil and Uruguay have raised concerns about the “vagueness” of the plans. Saint Kitts and Nevis called for more work to differentiate between types of removals.

A negotiator for a small island state told Climate Home: “If we are really trying to limit warming to 1.5C –  which we must – we can’t replace the urgent cuts in fossil fuels needed with unreliable or impermanent offsets.”

The presence of the oil and gas industry at the talks has grown since the Cop26 summit in Glasgow last year. A total of 636 oil and gas lobbyists registered to attend Cop27, according to NGO analysis of a provisional list of attendees.

Saudi Arabia announced the creation of a CCS hub to deliver on its “green initiative” to reach net zero by 2060.

Campaigners disrupted an event by the Pathway Alliance, a coalition of Canadian tar sands producers that have committed to achieve net zero emissions in their operations by 2050. The industry’s plans rely heavily on CCS.

The alliance has placed ads about its CCS plans on links to download programmes of events hosted in some pavilions. Sources showed Climate Home screenshots of the ads on their phones.

“Decarbonisation day was a complete oil and gas trade show in the halls of Cop27,” Julia Levin, of Environmental Defence Canada, told Climate Home. “They are spending big bucks to shape the conversation here,” she said.

These commercial interests make it unlikely Sharm el-Sheikh will build on Glasgow’s groundbreaking call to phase down unabated coal power.

India is pushing to expand the statement to cover all fossil fuels. Coal remains an important fuel to big Asian economies and some felt it had been unfairly singled out. A much wider group of countries relies on oil and gas.

Costa Rica, which jointly launched the Beyond Oil and Gas Coalition with Denmark last year, is now distancing itself from the initiative.

The Climate Vulnerable Forum, representing those hardest hit by climate chaos, is more focused on finance for loss and damage. Asked at a press briefing if he supported a fossil fuel phaseout, Ghanaian chair Henry Kokufu fired back “for developed or developing countries?” Ghana has a petrochemicals industry, he noted.

Last year, the Maldives’ environment minister, Shauna Aminath, told the Cop26 meeting progress on phasing out fossil fuels “is not in line with the urgency and scale required”. She added that “what is balanced and pragmatic to other parties will not help the Maldives adapt in time”.

At Cop27, she was more cautious. “Phasing out, phasing down… What we want is to keep global temperatures well below 1.5,” she told Climate Home.

The emphasis on decarbonising – rather than reducing – fossil fuel use could permeate into Cop28, Levin said.

Host and oil and gas producer UAE, which brought the largest number of fossil fuel lobbyists to the summit, is a big backer of the technology. It is counting on CCS to achieve its goal of net zero emissions by 2050.

“The UAE is known as a responsible supplier of energy and will continue to play this role as long as the world needs oil and gas,” president Mohammed bin Zayed Al Nahyan told the leaders’ summit earlier this week.