Oil climbs over 3% ahead of OPEC meeting amid Omicron concerns 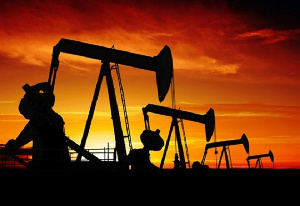 Oil prices rose more than 3% on Wednesday, recouping a big chunk of the previous session’s steep losses, as major producers prepared to discuss how to respond to the threat of a hit to fuel demand from the Omicron variant of the corona virus.

The Organization of the Petroleum Exporting Countries (OPEC) will meet on Wednesday after 1300 GMT and ahead of a meeting on Thursday of OPEC+, which groups OPEC with allies including Russia.

“The market expects the cartel may forego its proposed production plan for a while.”

Some analysts expect OPEC+ to pause plans to add 400,000 barrels per day of supply in January in light of the potential hit to demand from travel curbs to rein in the spread of the Omicron variant.

“Since (the) U.S. and other countries agreed on releasing emergency stocks to control the price rise… also since the prices have already corrected from US$85 a barrel to close to US$70, OPEC+ may revisit their strategy,” said Sunil Katke, head of commodities retail business at Kotak Securities.

Several OPEC+ ministers, though, have said there was no need to change course.

But even if OPEC+ agrees to go ahead with its planned supply increase in January, producers may struggle to add that much.

A Reuters survey found OPEC pumped 27.74 million bpd in November, up 220,000 bpd from the previous month, but that was below the 254,000 bpd increase allowed for OPEC members under the OPEC+ agreement.

In a sign of bearish demand, data from the American Petroleum Institute industry group showed U.S. crude stocks fell by 747,000 barrels in the week ended 26 November, according to market sources, which was a smaller decline than expected.

Ten analysts polled by Reuters were expecting crude stockpiles to fall by about 1.2 million barrels.