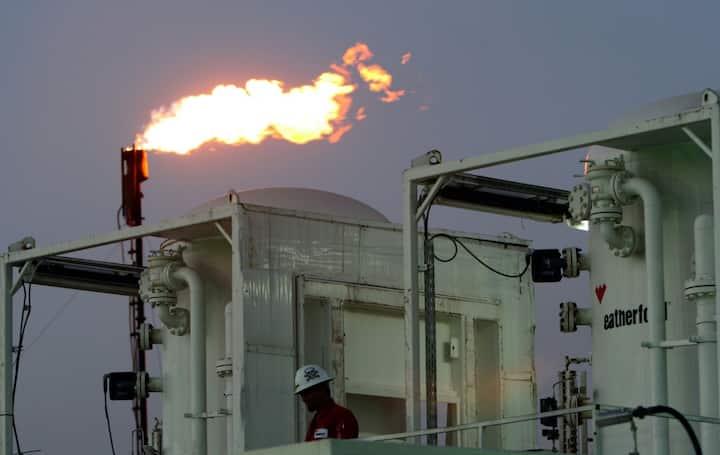 Iraq’s oil wealth is rekindling tensions between federal authorities and the autonomous Kurdish region, in a row that could compromise the lifeline industry and keep investors away, analysts say.

The long-simmering dispute came to a head in February — at a time of political deadlock in Baghdad — when the federal supreme court ordered Kurdistan to hand over oil extracted from its territories to the federal authorities. Then earlier this month, a commercial court in the Iraqi capital annulled contracts between the Kurds and foreign firms, after the oil ministry in Baghdad filed a judicial complaint.

Authorities in the Kurdistan capital Arbil have cried foul, accusing Baghdad of heaping “unjust pressure” on them and announcing their own legal action.

Iraq, the second largest producer in the Organization of the Petroleum Exporting Countries, sits on enormous oil reserves, and revenues from the sector feed 90 percent of the federal government budget.

But analysts say politics play a major role in the dispute in Iraq, whose political barons have failed to reach agreement on choosing a president and a prime minister since October legislative elections. “When it comes to oil, each side uses their respective powers as carrots and sticks depending on the political atmosphere of the day,” said Bilal Wahab of The Washington Institute for Near East Policy. “At times when there was political accord, the courts were rather quiet. When there was political discord, however, the reverse was true,” he told AFP.

The nullification of oil contracts between the Kurds and four international oil companies (IOCs) from Canada, Britain, Norway and the United States at the start of July has inflamed the row. Kurdistan’s oil production amounts to just over 450,000 barrels per day.

“For Baghdad to be chasing IOCs out of Iraqi Kurdistan does not serve to show Iraq as a major producer welcoming of foreign investment,” cautioned Yesar al-Maleki, an analyst at the Middle East Economic Survey. In a fightback, the Kurdish regional authorities in June initiated judicial proceedings against the federal government. One lawsuit targets Oil Minister Ihsan Ismail, accused by the Kurds of trying to “intimidate” foreign firms operating in the Kurdistan region of northern Iraq.

The Kurdish autonomous government has accused Baghdad of taking “illegal” and “politically motivated” actions. For Wahab, Kurdish and federal government officials fail to appreciate “how much they are damaging the overall reputation of Iraq’s energy industry”. “Questioning the sanctity of contracts … adds legal risk to a slew of other regulatory and governance risks that ail the Iraqi energy industry,” he added.

The dispute, he said, “repels much-needed foreign investment”. Oil revenues are critical for Iraq, a country faced with widespread corruption but also mired in a financial crisis and in need of funds to rebuild infrastructure after decades of conflict.

Despite the legal actions, Kurdistan says it is open to a negotiated solution. It is working on setting up two companies specialised in oil exploration and marketing that would coordinate with Baghdad, a spokesperson for the Arbil government said.

Baghdad’s oil ministry, meanwhile, marked a small victory after oil giants Baker Hughes, Halliburton and Schlumberger committed not to initiate new projects in Kurdistan. The ministry says the companies are also working to “liquidate and close” existing contracts. Baghdad has fought to regain control of output from lucrative oil fields in Kurdistan since the autonomous region began marketing oil independently more than a decade ago. But under a current deal, the Kurdish region delivers 250,000 barrels per day to Baghdad, in return for a share of federal funds to pay the salaries of Kurdish civil servants.

In recent weeks, tensions have risen further after a series of unclaimed rocket attacks targeting oil and gas installations in Kurdistan. Experts say the assaults aim to put pressure on the Kurdistan Democratic Party (KDP), the largest in Kurdistan. The KDP is allied to Shiite leader Moqtada Sadr, whose bloc won 73 seats in the October polls, making it the largest faction in the 329-seat parliament.

The party is eyeing the Iraqi presidency for one of its members, although traditionally the job has been held by a member of the rival Patriotic Union of Kurdistan. “The timeline of events evidently shows that this whole crisis started because the KDP took the side of the Sadrist movement… opposing the Iran-backed Shiite Coordination Framework,” Maleki said. He expects a “compromise” will be reached to resolve the oil dispute because “Iraq is a country of compromise”. “Until then, the supreme court ruling will hang like the sword of Damocles over the Kurdish regional government,” he said.