Crude prices fell significantly at the beginning of the week despite robust US economic data coupled with strong labor figures and positive industry PMI. 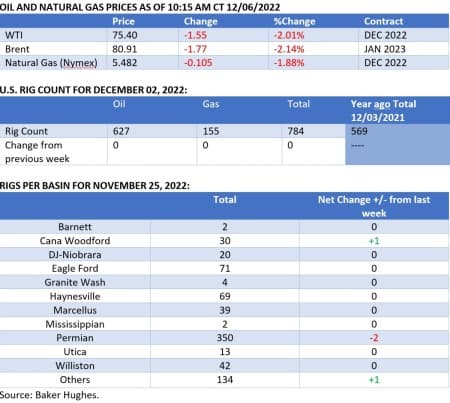 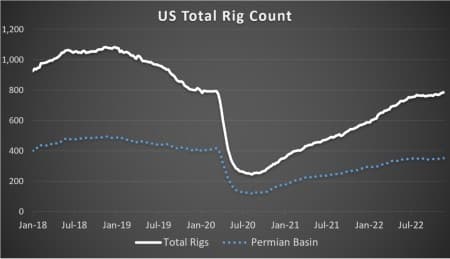 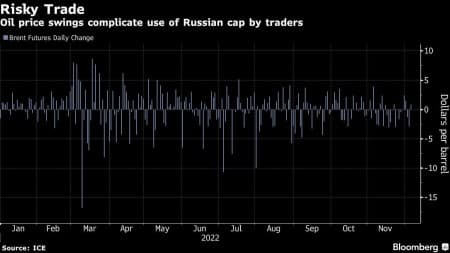 – Oil prices have been in freefall this week with WTI back to trading slightly above $75 per barrel, as markets remain unimpressed by the G7 oil price cap that has not led to any anticipated supply shortage.

– Both the EU and the United States have agreed to a 45-day transition period when parties can still legally purchase crude, provided it is delivered to the end destination by 19 January 2023.

– In addition, physical traders that usually wait weeks until they learn the final price have raised their reservations, saying the price cap is impelling them to take unnecessary risks without having any impact on Brent or WTI quotes.

– Most oil cargoes across the planet are priced on a forward and floating basis, implying that if G7 buyers would want to make sure they comply with the price cap, they would need to buy at a fixed price, a rarity in the markets.

– US oil major Chevron (NYSE:CVX) is expected to take over its Petropiar joint venture with Venezuela’s national oil company PDVSA this week, with output potentially rising to 200,000 b/d within a year.

– The private equity firm Carlyle Group is reportedly in talks for a multi-billion deal with Austrian oil and gas company OMV (VIE:OMV) that would see it take over most of the latter’s upstream assets.

– US oil producer EQT (NYSE:EQT) said it received a request from the Federal Trade Commission in connection with its $5.2 billion purchase of THQ Appalachia, with the antitrust regulator looking into market concentration.

News of economic prowess rarely provokes a massive drop in oil prices, however, this week’s robust US economic data, with both labor figures and industry PMI coming in well above expectations, helped to achieve the opposite. Apart from the Russian oil price cap, Chinese demand and others, the prospect of US maintaining higher interest rates for longer is slowly becoming a mainstream idea as inflationary pressures weigh on mid-to-long-term market sentiment.Related: Europe Faces Stress Test As Arctic Blast Drives Surge In Power Demand

Saudi Arabia Edges Closer to China. Saudi Crown Prince Mohammed bin Salman will host China’s President Xi Jinping this week, indicating Riyadh is ready to diversify its key partnerships at a historic low point in Saudi-US relations and sees Beijing as a crucial economic partner in diversifying away from oil and gas.

Oil Price Cap Becomes Reality. After the Group of Seven agreed on a $60 per barrel price cap last Friday, the new measure came into effect this week amidst repeated pledges from Russia not to sell any oil to countries that are participating in the price-capping.

White House Asks Oil Companies to Help Ukraine. The Biden administration will convene a meeting this week with oil and gas executives to discuss how the US could support rebuilding Ukraine’s energy infrastructure as winter approaches.

Flotilla of Tankers Anchors Off the Bosphorus. The Turkish government has started asking every tanker passing through the Turkish straits to provide protection and indemnity (P&I) insurance documentation, with at least 21 tankers held off in anchorage zones in the Black Sea.

US Refiners Court Chevron. After Chevron was re-authorized to operate in Venezuela and expand production, US refiners such as Valero (NYSE:VLO) or PBF Energy (NYSE:PBF) have expressed their interest in getting access to the oil major’s new Venezuelan output.

Libya Ready for Upstream Investment. The Tripoli-based GNU government of Libya has lifted the force majeure for oil and gas operations in the country, inviting all international oil companies that have valid contracts with the LNOC to resume drilling at their respective projects.Related: Europe Faces Stress Test As Arctic Blast Drives Surge In Power Demand

Shell Goes to Court to Sell Its Stake. Nigeria’s Supreme Court allowed UK-based energy major Shell (NYSE:SHEL) to appeal a ruling that ordered it to pay a 1.8 billion oil spill penalty, a key element in a dispute that has so far barred the oil firm from selling its stakes in Nigerian onshore assets.

US Gas Prices Lower than a Year Ago. Putting an end to a month-long price rally, US gasoline prices are now declining again with every single state seeing a drop last week and the national average price falling 16 cents from a week ago to $3.4 per gallon.

UN Struggles with Global Plastics Deal. A UN-brokered round of negotiations on a global plastics treaty confirmed the political interest for such a move, however, as usual, countries have split on whether goals should be global and mandatory, or voluntary and country-specific, with the latter group represented by the US and Saudi Arabia.

Investors Quit Futures Before Price Cap. For the third straight week, investors have been selling off oil futures and options contracts as the most recent readings show them exiting an equivalent of 42 million barrels with almost all of it being cleared from the Brent contract (-39 million barrels).

Trading Major Is Now Supplying Gas to Germany. The second-largest commodities trading firm Trafigura has signed a $3 billion four-year loan to supply gas to Germany’s ailing gas trader Sefe, formerly known as Gazprom Germania, with the loan being syndicated by over 25 banks.