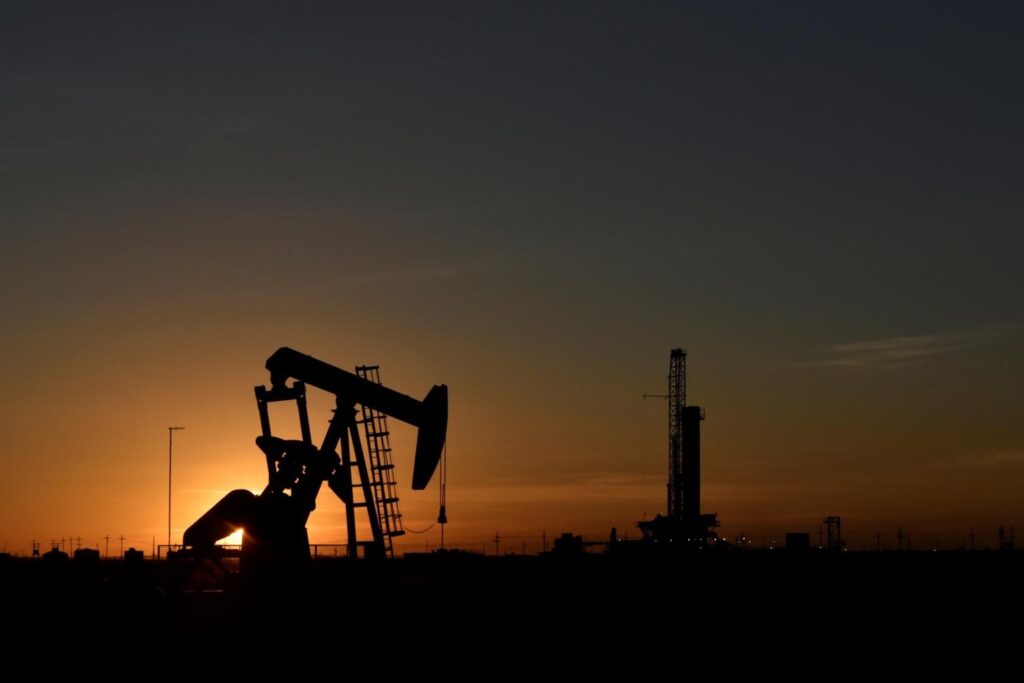 Oil prices were little changed on Monday, settling just slightly higher as worries over a possible recession vied with an outlook for higher fuel demand with the upcoming U.S. summer driving season and Shanghai’s plans to reopen after a two-month coronavirus lockdown.

“There are black clouds gathering around the financial markets here and it has started to impact crude oil,” said Bob Yawger, director of energy futures at Mizuho.

“The economic wellbeing of the global economy is questionable at this point,” he added.

Multiple threats to the global economy topped the worries of the world’s well-heeled at the annual Davos economic summit, with some flagging the risk of a worldwide recession.

International Monetary Fund Managing Director Kristalina Georgieva said she did not expect a recession for major economies but could not rule one out.

Oil’s losses were limited by expectations gasoline demand would remain high. The United States was set to enter its peak driving season beginning on Memorial Day weekend at the end of this week.

Despite fears that soaring fuel prices could dent demand, analysts said mobility data from TomTom and Google had climbed in recent weeks, showing more drivers on the road in places such as the United States.

To address a major supply crunch and blunt rising prices, the White House is weighing an emergency declaration to release diesel from a rarely used stockpile, an administration official said.

The White House is considering tapping the Northeast Home Heating Oil Reserve, created in 2000 to help with supply issues and used only once in 2012 in the wake of Hurricane Sandy. The impact from such a release would be limited by the relatively small size of the reserve, which only contains 1 million barrels of diesel.

The European Union’s inability to reach a final agreement on banning Russian oil after that country’s invasion of Ukraine, which Moscow calls a “special operation,” has limited oil price gains. Hungary continues to hold out against the proposed ban, ensuring no sudden shock to supply.

Lockdowns in China, the world’s top oil importer, have hammered industrial output and construction, prompting moves to prop up the economy, including a bigger than expected mortgage rate cut on Friday.

China said it would take targeted steps, including broadening its tax credit rebates, and rolling out new investment projects, to support its economy, state television quoted the cabinet as saying on Monday.