Oil futures have slid below $100 as investors brace for recession 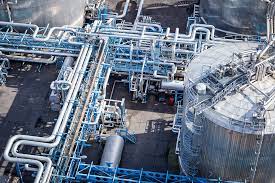 Underneath a chaotic global energy market is a dislocation between oil prices on the futures and physical market that appears to have emerged.

Oil futures have undergone immense battering recently as fears of a recession come into full force. The global benchmark Brent crude fell below $100 earlier this week, heading for its 5th straight weekly loss and longest streak of losses this year.

The last time Brent crude fell for that many weeks in a row was last November.

Hot inflation and interest rate hikes around the world have darkened the outlook for the global economy and increased the prospect of a recession.

Fresh data this week that showed a 9.1% rise in consumer prices in June beat economists predictions and prompted investors to line up bets on whether the Fed will raise by three quarter of a point, or even a full point later this month.

“The main catalyst for the weakness not only in oil but across the whole commodities sector has been the risk that central banks, in their effort to curb inflation, will hike interest rates to the point that it kills growth and thereby drive the risk of a recession,” Ole Hansen, head of commodity strategy at Saxo Bank told Insider.

That’s impacting energy markets because with the economic outlook deteriorating, traders and speculators are increasingly selling oil on the expectation that demand is going to drop.

While some anticipate Brent futures could rise to $150 a barrel, others like Citi say prices could tumble to $65 a barrel if a recession wipes out demand. But neither forecasts are realistic, according to Hansen, who expects prices to come down towards to $100-120 a barrel.

“This market is so incredibly difficult to call right now, but we probably have to accept that until we see inflationary pressures start to ease, then we are still at risk of additional selling hitting these markets thereby taking prices lower from where we are right now,” he said.

Meanwhile, in the physical market, where traders buy and sell actual cargoes of oil, Forties, a grade of North Sea crude that underpins the Brent global oil price, was quoted at its highest premium to the benchmark this week since 2008, according to Bloomberg. One trader bid for a cargo of oil loading in late July at a premium of $5.35 a barrel, the strongest in 14 years and found no sellers, Bloomberg data showed.

“That is reflecting a market that is tight,” Hansen said, as squeezed supply of physical crude oil would send prices up in line with the law of demand and supply.

Availability of physical cargoes of oil in northwest Europe has dropped since the invasion of Ukraine, largely as traders have avoided buying Russia’s flagship Urals crude previously a staple of many regional refineries.

Hansen said if physical crude oil prices stay high, then eventually the market will find the flaw in the bear case for oil futures.

“The physical market always prevails, it is a supply- and demand-driven market. If prices for physical delivery remain elevated, that obviously indicates an underlying strength in the market which the futures might obviously have to reflect as well,” he said.