Oil Revenue: Ghana shortchanged by over US$5 billion 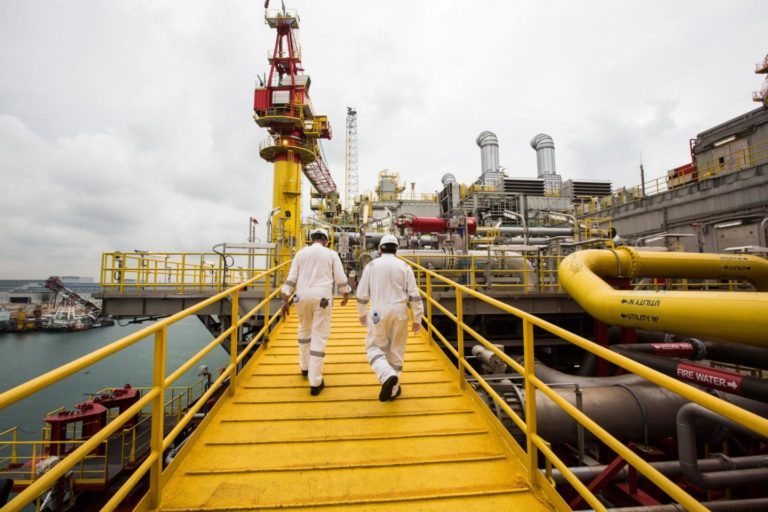 Executive Director for the Center for Natural Resources and Environmental Management (CNREM), Solomon Kwawukume, has stated that after ten years of oil production in the country, Ghana has been shortchanged over $5 billion in revenue, an amount that he says is more than five years of E-Levy revenue expected to be generated for the development of the country.

“Our question is, what led to the shortfall of US$5,099bn due Ghana because she would not have been in the current financial crisis if at least the US$9.834bn due her under the bad Hybrid System was fully earned. The US$ 5.099 billion is more than 5 years E- Levy revenue expected to be generated.”

He said Ghana would not have been in the current financial crisis if all royalties due her were fully earned under the bad Ghana Hybrid System.

He said, “June 2007 was a historic month in Ghana, when the announcement of oil and gas discovery in commercial quantities in the Jubilee field Onshore Cape Three Points, OCTP, was made.

The discovery came at an opportune time when Ghana most needed an injection and indeed, a booster, into the nation’s general welfare and socio-economic development.

The announcement, therefore, sent expectations high among Ghanaians all over the world.

Mr. Kwawukume said after 10 years of production, Ghana is yet to earn the first US$5 Billion as Ghanaians were made to believe.

He said the country earned US$4.735 Billion from the three main sources of the Government Take, Royalties, Carried and Participation Interest and Corporate Taxes which only represents 20.31% of total production revenue of over US$23.30 billion generated from 304,472,403 barrels of oil from the fields as at December 2020.

He insisted that Ghana was expected to earn a cumulative total revenue of US$9.83 Billion from the US$23.30 Billion from the contractor parties.
“All must do it well and I assure you if oil is money and we need Money to build Schools, roads, and hospitals, if we find oil, we manage it well. Can you complain about that?

“The quotation above made by former President J.A. Kuffuor epitomizes the joy and euphoria Ghanaians both home and abroad had but little did he know that his government policies and actions were going to reduce Ghana into a lean and sick African Tiger that cannot lead and hunt for its prey.

“Are we really doing the roads and the schools when we have oil money? When we have a rod which is being taken from us.”

“Even though there are currently three oil fields in production, we have selected the Jubilee Field, being the flagship project, for our discourse and comments because of events that took place before production started.

“We are also concentrating on the performance of the Jubilee Field which started operating under a contract regime akin to the Ghana Hybrid System fiscal regime which “Ghanaians were told it is superior to the accepted world standard Production Sharing Agreement (PSA) or Contract (PS), and also because of the information available to us”.

He indicated that it was projected that they would earn USS1.00 billion income taxes, if the Contractor Parties realized USS10,781 billion from the sales of 224 million barrels at USS45 per barrel.

However, he said, after 10 years of production the Contractor Parties realized USS19,335,439,203 from sale of 250,325,417 barrels at a moving Average Price of over US$75 per barrel, but ended up paying only US5766,478,908 per analyses of Quarterly Petroleum Receipts and Distribution Reports of Ministry of Finance.

This he said is more than 2 years of E-Levy revenue the government wants to generate for development.
“We have noticed the powers-that-be and the Regulatory Bodies in charge of our Upstream Oil Industry are covering up these it is by the Contractor Parties, (the foreign oil companies), despite the fact that we have duly brought these to their notices as Citizens and not spectators.

“We members of the FTOS-Ghana PSA campaign team are of the view that, if the PSA fiscal regime which legal framework was already on our statute books – PNDCL64 and 84 – was consolidated and adopted, all these intrigues and manipulation would not have taken place and Ghana would not be in the current financial mess.”

He noted that after 10 years of production, the coin is yet to earn the first USS5bn.

The Former Senior Research Officer, Oil and Gas, GIGS added that, “as our independent research revealed, the country earned US$4.735bn from the three main sources of Government Take, Royalties, Carried and Participation Interests and Corporate Taxes representing 20,31% of total production revenue of US$23,304 124. 813, generated from 304,472,403 barrels of oil lifted from the field as at December 31, 2020.

“Going by Dr. Tufuor’s declaration, Ghana should have earned a cumulative total revenue of US$9.834bn from the US$23.304bn leaving US$ 13.47 billion for the contractor parties.”