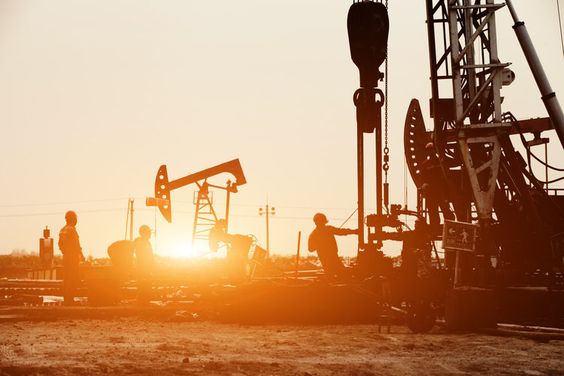 The benchmarks recorded their highest levels since October 2014 on Friday, US$91.70 and US$88.84, respectively, and their sixth straight weekly gain

Oil rose more than 1% on Monday to the near 7-year highs hit in the previous session, while supply concerns and political tension in Eastern Europe and the Middle East put prices on track for their biggest monthly gain in almost a year.

The benchmarks recorded their highest levels since October 2014 on Friday, US$91.70 and US$88.84, respectively, and their sixth straight weekly gain.

They were headed for about 17% gains this month, the most since February 2021.

“Underlying anxiety about global supply shortages, coupled with ongoing geopolitical risks, have caused the market to start the week on a strong note,” said Toshitaka Tazawa, an analyst at Fujitomi Securities Co Ltd.

“With an expectation that OPEC+ will keep the existing policy of gradual increase of production, oil prices will likely stay on a bullish sentiment this week,” he said, predicting Brent to remain above $90 and WTI to head toward $90.

Major producers in the Organization of the Petroleum Exporting Countries (OPEC) and allies led by Russia, collectively known as OPEC+, have raised their output target each month since August by 400,000 barrels per day (bpd) as they unwind record production cuts made in 2020.

But they have failed to meet their production targets as some members have struggled with capacity constraints.

At its Feb. 2 meeting, OPEC+ is likely to stick with a planned rise in its oil output target for March, several OPEC+ sources told Reuters.

Oil prices are showing signs of overheating as traders anticipate a severe shortage of petroleum this year, Reuters columnist John Kemp said, noting that inventories were already low and there was little global spare capacity to raise production in the short term.

According to ANZ Research, with the market in deficit and inventories low, “supply constraints will likely induce a sizeable risk premium” as travel picks up after coronavirus curbs.

“Traffic in Europe is rebounding as the Omicron case numbers decline. In the U.S., gasoline demand is only 4% below 2019 levels, which is a better outcome than expected in November,” it said in a note.

Tensions between Russia and the West have also underpinned crude prices. Russia, the world’s second-largest oil producer, and the West have been at loggerheads over Ukraine, fanning fears that energy supplies to Europe could be disrupted.

The head of NATO said on Sunday that Europe needed to diversify its energy supplies as Britain warned it was “highly likely” that Russia was looking to invade Ukraine.

The market is on alert over the Middle East situation too after the United Arab Emirates said it had intercepted a ballistic missile fired by Yemen’s Houthi as the Gulf state hosted Israel’s President Isaac Herzog in a first such visit.

Meanwhile, more than 1,400 U.S. flights were cancelled on Sunday after northeastern states were walloped a day earlier by a deadly winter storm that prompted several states to declare emergencies.