Indian Prime Minister, Narendra Modi, on Saturday dedicated to the nation the sizeable onshore facilities of the U deep-water field, kick-starting gas production from the prolific offshore asset.

“The first well of U field — U-3-B is one of the fastest deep-water wells monetised globally in a record time of 11 months,” ONGC said in a statement.

The U-Field is part of ONGC’s much-delayed KG-DWN-98/2 Cluster-2 development project, which envisages producing 16.6 million cubic metres per day of gas and 78,000 barrels per day of oil at peak.

“U Field is the deepest gas discovery of the project, with a gas production potential of about 3 MMcmd,” ONGC noted.

However, ONGC did not reveal the initial gas volumes being produced from the deep-water U field.

The Indian giant said that the gas being produced “is evacuated through the subsea facilities connected to an onshore terminal at Odalarevu” in the state of Andhra Pradesh.

“[The] U field monetisation involves a capex of 29.17 billion Indian rupees ($362.3 million), and employment generation of 3.4 million manhours,” it added.

ONGC said that gas produced from the project would “add significant volumes to ONGC’s production and will be a giant leap towards making India a gas-based economy”.

The Indian giant has made multiple awards for the Cluster-2 development of KG-DWN-98/2 including integrated subsea facilities, a floating production storage and offloading unit (FPSO), a central processing platform plus living quarters and a sizeable onshore terminal.

McDermott, along with Baker Hughes and India’s Larsen & Toubro, was awarded a $1.69 billion integrated subsea contract by ONGC in October 2018 for work on the KG-DWN-98/2 asset.

A separate contract for the project’s CPP plus living quarters facility was awarded to a joint venture of India’s Afcons with Malaysia’s Sapura Energy.

While most of the key facilities for the Cluster-2 project are said to be back on track after Covid-related delays, the CPP is understood to be several months behind schedule, due to Sapura’s financial woes. Armada Sterling V, the FPSO for the KG-DWN-98/2 project built by Sembcorp Marine in Singapore, is preparing to sail away within weeks, Upstream reported on 4 November.

The floater is jointly owned by a pairing of Shapoorji Pallonji Oil & Gas (SP Oil & Gas) and Malaysia’s Bumi Armada. The Indian player holds a 70% stake in the FPSO, while Bumi has the remaining 30%.

ONGC is spending more than $5 billion on the Cluster-2 development, which together involves multiple deep-water oil and gas fields.

In addition to the Cluster-2 area, ONGC has been planning to launch the development of the KG-DWN-98/2 block’s Cluster-1 and Cluster-3 regions.

At peak, the deep-water asset is expected to produce more than 35 MMcmd of gas and 78,000 bpd of crude, when all three clusters are brought on stream.

KG-DWN 98/2 lies offshore the Godavari River delta in the Bay of Bengal. It is located 35 kilometres offshore the state of Andhra Pradesh in water depths ranging from 300 to 3200 metres. 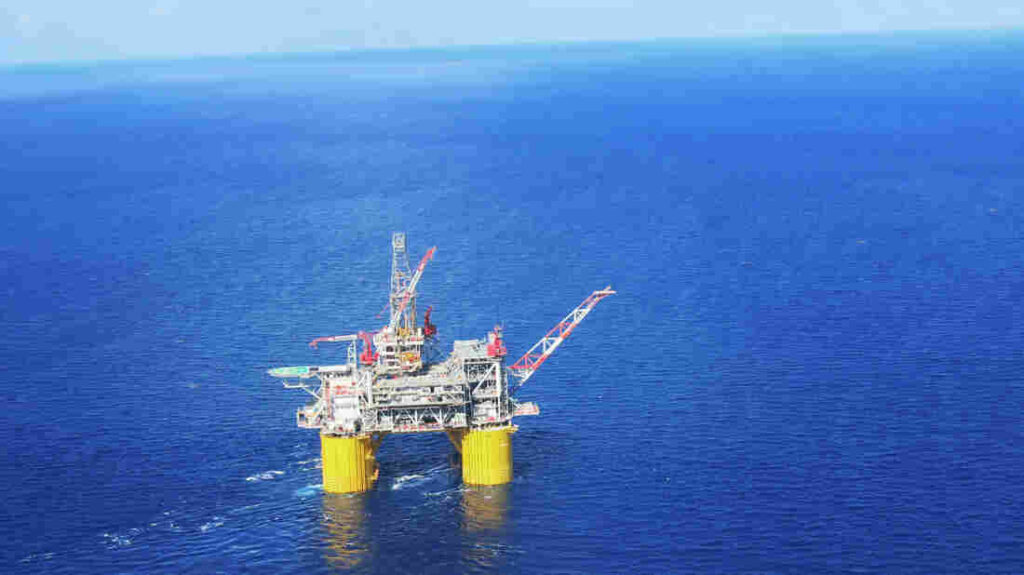