Significant global economic uncertainties in the coming months made OPEC cut on Monday its estimate of global oil demand growth for this year and next, in the fifth reduction of consumption forecasts since April.

OPEC revised down each of its 2022 and 2023 oil demand growth forecasts by 100,000 barrels per day (bpd) from last month’s estimates due to China’s still-strict Covid policy and economic challenges in Europe, the organization said in its Monthly Oil Market Report (MOMR) out on Monday.

“The significant uncertainty regarding the global economy, accompanied by fears of a global recession contributes to the downside risk for lowering global oil demand growth. In addition, China’s strict adherence to the ‘zero COVID-19 policy’ adds to this uncertainty, making the country’s recovery path even more unpredictable,” OPEC said.

In October, a week after announcing a 2-million-bpd headline cut to its collective oil production target, OPEC slashed its global oil demand growth estimates for both 2022 and 2023.

Those estimates are now further revised down by 100,000 bpd each.

Global oil demand is projected to average 99.6 million bpd this year, with developed economies in the Americas seeing the highest rise in demand, led by the U.S. on the back of recovering gasoline and diesel demand, the cartel said. Light distillates are also projected to support demand growth this year, OPEC added.

For 2023, OPEC now sees oil demand growth at 2.2 million bpd, down by 100,000 bpd from the growth expected in the October report. World oil demand is set to average 101.8 million bpd, “supported by expected geopolitical improvements and the containment of COVID-19 in China,” according to OPEC. Next year, U.S. demand is expected to exceed 2019 levels, thanks to a recovery in transportation fuels and light distillate demand. However, OECD Europe and the Asia Pacific are not expected to rise above 2019 consumption levels, the cartel said.

“While risks are skewed to the downside, there exists some upside potential for the global economic growth forecast. This may come from a variety of sources. Predominantly, inflation could be positively impacted by any resolution of the geopolitical situation in Eastern Europe, allowing for less hawkish monetary policies,” OPEC noted. 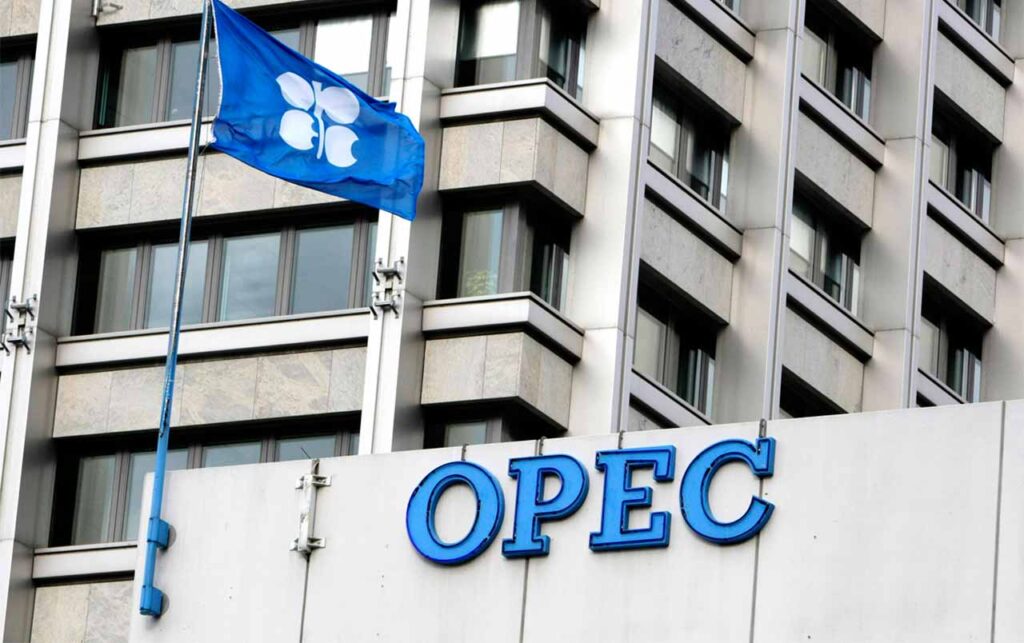